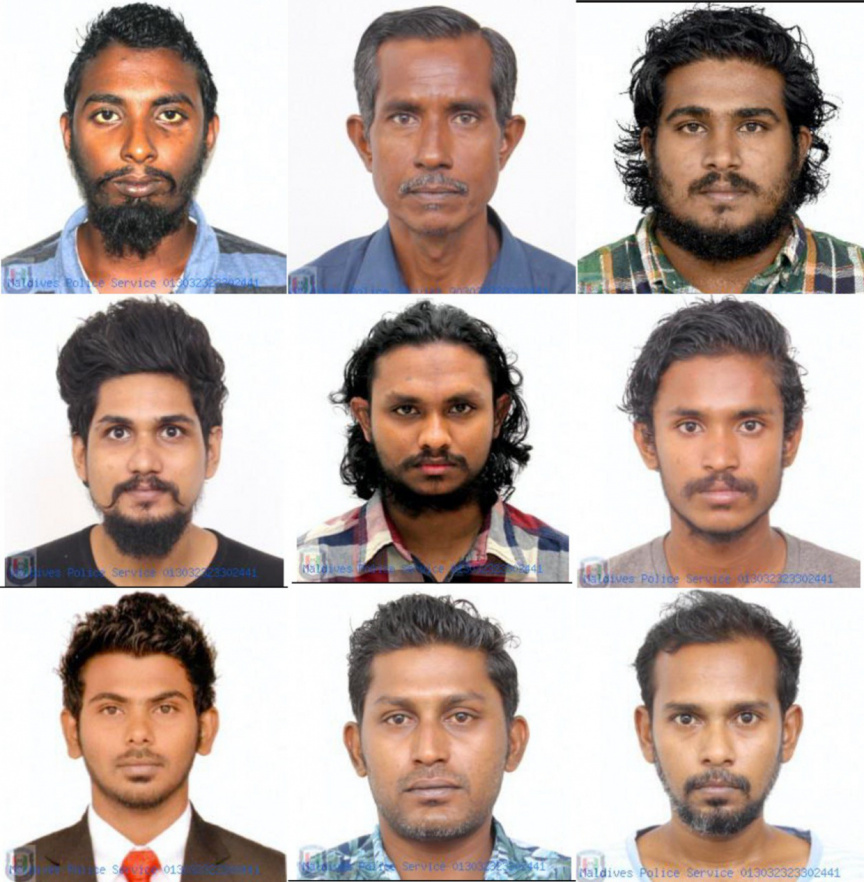 Maldives Police Service has disclosed the identities of the nine men arrested in the major drug operation conducted by the Drug Enforcement Department (DED) in collaboration with Police Intelligence in Male' City on January 30.

The police, based on intel reports of a large-scale drug trafficking operation run by the ringleader Arshad Khalid and his associates, raided 10 properties.

The raids produced drugs, along with paraphernalia used to pack the drugs and ready it for distribution.

The drugs seized in the operation included over nine kilos of diamorphine (heroin) and over four grams of cocaine.

They police also seized a large amount of cash, believed to be made from sale of the drugs, and obtained a court order to freeze the accounts of the nine arrested in the operation.

Of the nine, Mohamed Sidhurath and Ahmed Giyas had no prior arrest records.

Sidhurath was granted conditional release by the court on February 5. But all others remain in police custody.

The police are schedule to forward the case to the Prosecutor General’s Office for charges this week.