President appoints Akram for a new term at Elections Commission 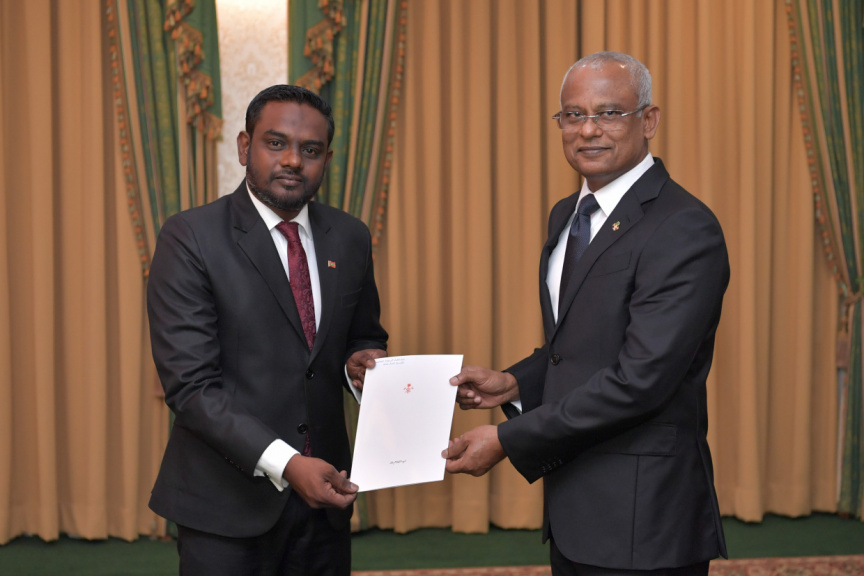 President Ibrahim Mohamed Solih, on Monday, appointed Ahmed Akram, the Vice Chairman and Spokesperson of Elections Commission (EC), for a new term at the commission.

Akram had secured the backing of the Parliament for reappointment to EC with the unanimous consensus of 72 parliamentarians on March 15.

He was presented with his letter of appointment by the President this Monday.

Followin Akram’s official reappointment to EC, the commission convened for a meeting, in which it reinstated Akram to his previous position as Vice Chairman. The vote had been unanimous.

Akram, along with three others had been on the President’s shortlist for potential candidates for EC. The others were former EC member Ahmed Fayaz, former EC legal representative Haneefa Khalid, and Ahmed Mansoor.