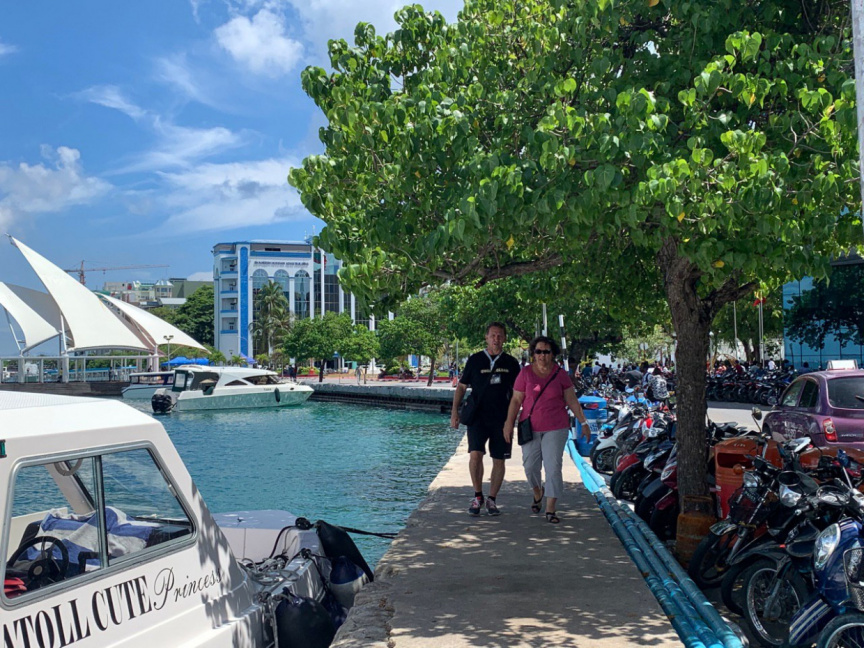 Male' city council has moved to close all parks and public squares in the capital to the public as a precautionary measure against the Covid-19 virus.

The temporary measure will see parks such as Sultan Park, Jumhooree Maidhaan close and was implemented as part of the steps taken by the government to maintain the safety and general health of the public at a time when the government has declared a public health emergency.

The parks in the capital, often attract large crowds during the weekends.

Housing Development Corporation (HDC) also announced that parks in the suburb of Hulhumale’ will be closed for the public.

The Maldives has confirmed eight cases of the disease so far and HPA has also imposed more measures to contain the disease and stop it from spreading to densely populated local communities.

Local excursions and movement of tourists from one island to another and safaris are also restricted as part of these measures.

Tourist excursions to the capital have also been halted. Director of Public Health Maimoonaa Aboobakur announced last night that such excursions will be temporarily halted for a period of 10-days.

Schools in the country closed for the mid-term breaks have also been closed for an extra one-week.

Authorities also requested those not in good health to refrain from attending mosques. Imams at mosques in the country have also been asked to keep prayers as short as possible. Other steps such as disinfecting and replacing carpets at mosques and disinfecting trolleys and other apparatus at airports are also being carried out.

President Solih addressed the nation yesterday and called for individual efforts to contain the spread of the disease to which the country has been preparing for. The president requested everyone to adhere to strict hygiene standards such as frequent hand washing and refrain from attending or conducting public gatherings.

The virus was confirmed in three resorts of the country. Everyone contracted with the disease are foreigners and are now in isolation. They are in good health according to the authorities.