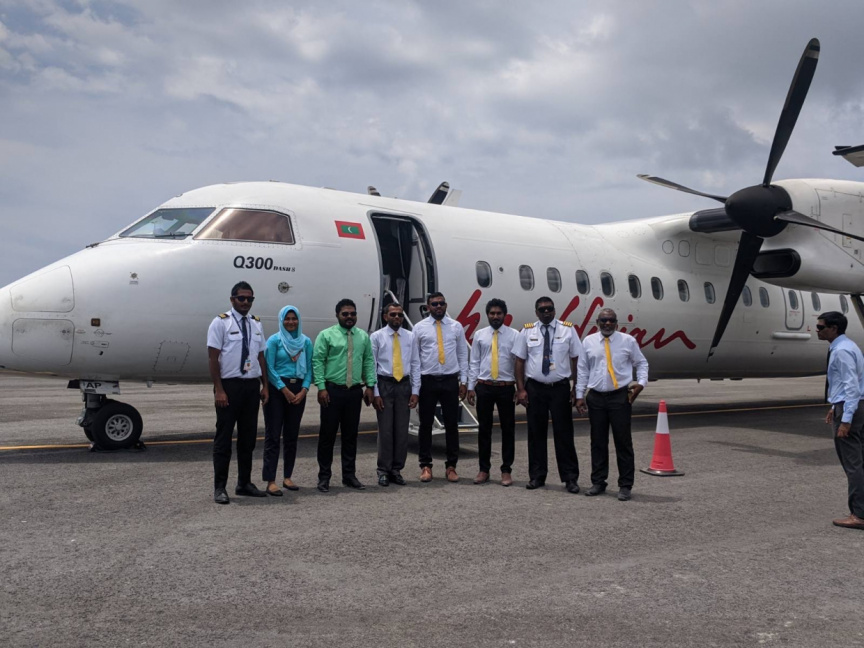 Test flights were conducted to the Maavarulu airport on March 11, 2020. (Photo/Maldivian)

Test flights have been conducted to the airport developed in G. Dh. Maavarulu today.

The first flight, a Maldivian flight, landed at the airport around 11:12 today.

Transport Ministry has previously stated that it was working to start operations within this month.

Transport Ministry deputy minister Hamadh stated to “Sun” that operations would begin with one flight per day, and increase according to demand. The opening of the airport would bring easements to the resorts in the area, increase connectivity and businesses, according to Hamadh.

The development of the airport began in June 2018. The project was run by MTCC.

Work is also being carried out on developing an airport in Faresmaathodaa.

The government is working to build an airport within a 30-minute traveling distance of every island.

Maavarulu Airport to be opened when borders reopen