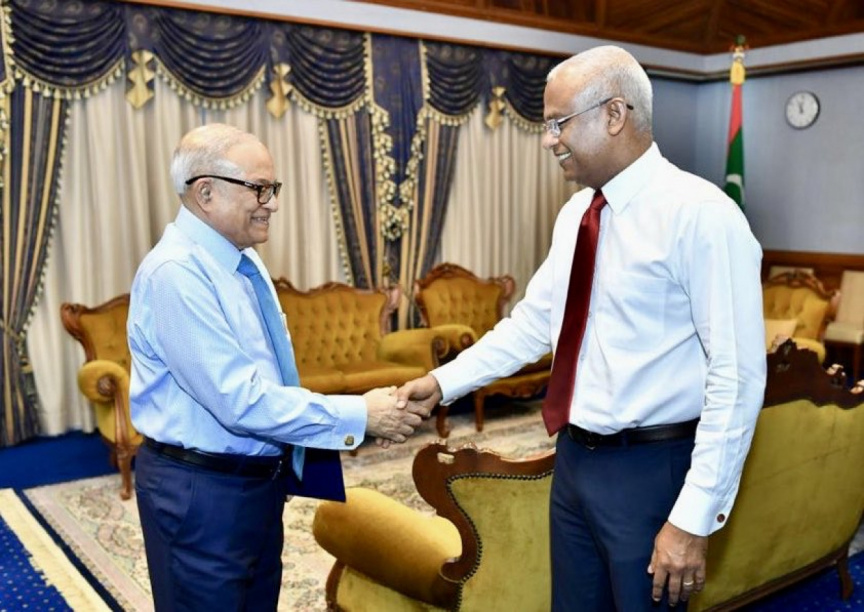 The two met to discuss current events in the country, according to a tweet by Maumoon.

No further details regarding the meeting were provided.

Thank you Mr President @ibusolih for the opportunity to discuss with you some matters of immediate national concern. I appreciate YE’s candour and openness. @presidencymv @MRM_Office pic.twitter.com/dmfyJbLQlA

Maumoon had called to postpone the local council elections after cases of the Covid-19 disease were spotted in the country.

Local quarantined upon return from China