Ghassan: Immediate priority is to contain disease, not to investigate govt. for misconduct 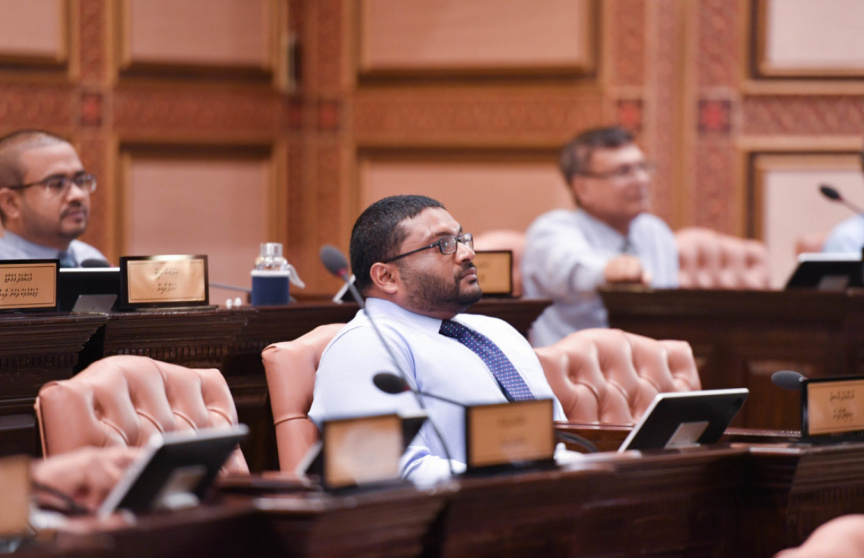 PPM deputy leader, Guraidhoo MP Mohamed Ghassan Maumoon, on Tuesday, said the immediate priority of Maldives should be to contain the spread of the deadly COVID-19 virus, rather than investigating the government for possible misconduct leading the initial spread of the virus in maldives.

Six have tested positive for COVID-19 in Maldives, the first case being from Kuredu Island Resort where an Italian tourist who tested positive to the virus upon return to Italy had vacationed in.

Four resort workers who had close contact with the Italian tourist have tested positive for the virus, while over 100 more are in self-isolation as a precautionary measure.

It was later revealed that the tourist in question had originally been scheduled to depart on an Alitalia flight on March 1, but that he was removed from the plane after he collapsed, and was treated at a clinic at the airport. It was also revealed that he had spent the next two days at Maagiri Hotel in Male’ before changing his ticket and departing to Italy.

The revelations lead to Prosecutor General Hussain Shameem issuing an order to the police to conduct a criminal investigation into the allegations of criminal misconduct surrounding the case.

Ghassan, shortly after the Prosecutor General issued the order, said that now was not the time to be conducting criminal investigations.

“Now is not the time to investigate whether COVID-19 appeared in Maldives due to government misconduct. The time for that will come. The immediate priority should be putting a unified front to prevent the spread of this disease,” said Ghassan.

He said the natural composition of Maldives meant it had a far greater chance of containing the disease if efficient and timely measures were imposed.

“If we are negligent, it will be all Maldivians who will suffer,” said Ghassan.

Ghassan pledges cooperation ‘in whatever in required'