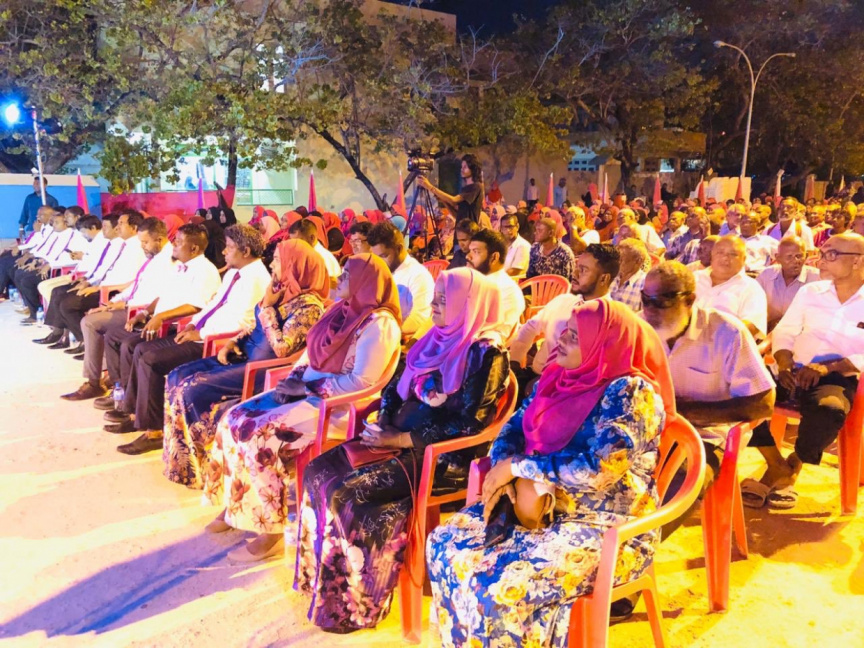 The opposition Progressive Congress Coalition, made up of Progressive Party of Maldives (PPM) and People’s National congress (PNC), on Saturday, announced the decision to call a halt on campaign tours planned for the upcoming local council elections as a precaution following the quarantine of a half dozen people for suspected contraction of COVID-19 virus in Maldives.

PPM has issued a statement announcing that the teams dispatched on campaign tours to the atolls were cutting short their trips and returning to Male’.

The party said it made the decision in light of the great consequences a small population such as Maldives would face if the virus spread in the country.

It said that the Progressive Congress Coalition would always put national interest, and the health and safety of the Maldivian people above all else.

The coalition has urged the Maldivian government for greater transparency regarding disclosure of COVID-19 information, and the implementation of all necessary measures in order to ascertain the health and safety of the Maldivian population.

While no confirmed virus cases have emerged from Maldives, six are currently under quarantine at Farukolhufushi for monitoring and testing, and three more are on their way.

The three new suspected cases are all from Summer Island Maldives, a resort located in North Male’ Atoll. They include two Foreign tourists in their late 20s, and a 33-year-old Indian national, a doctor who treated them for respiratory symptoms, and developed respiratory symptoms himself, the next day.

Health Protection Agency (HPA) now has Summer Island, Kuredu Island Resort and Spa in Lh. Atoll, and V. Thinadhoo – a local island popular for tourism under lockdown. The restriction will not be lifted until the suspected people are tested and cleared.

Kuredu was placed under lockdown on Friday after an Italian tourist who vacationed at the resort tested positive for COVID-19 upon return to his home country. The doctor who treated him during his stay at the resort has developed COVID-19 symptoms, and has been transported to the quarantine facility in Farukolhufushi for further monitoring and testing.

Meanwhile, Thinadhoo was placed under lockdown on Friday after another Italian tourist developed COVID-19 symptoms. He has also been transported to Farukolhufushi.

The emergence of the cases has led to the Maldivian government expanding its travel restriction, which had previously included bans on flights from China, Iran, three districts of South Korea, and cruise liners, to include flights from Italy – which has become the epicenter of the COVID-19 outbreak in Europe.

While the opposition coalition has announced a halt to its campaign tours, the ruling Maldivian Democratic Party (MDP) is continuing its campaign tours to the atolls. The party also has a conference organized by its women’s division to celebrate International Women’s Day underway in suburban Vilimale’.

'Benefits of reserving seats for women will be evident'