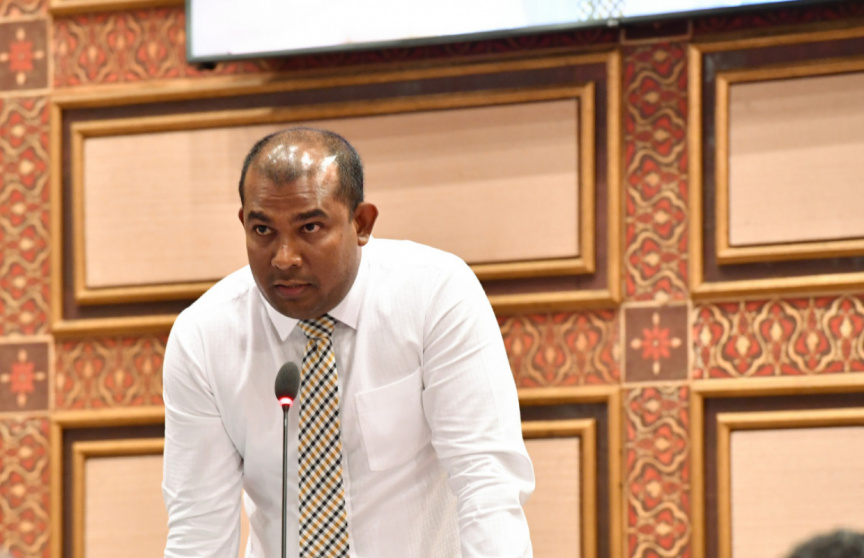 Maldivian Democratic Party MDP has apologized after a party MP inconsiderately remarked that the local council election will be won by MDP while the opposition contract the Covid-19 disease.

MP Mughnee made the remarks regarding an emergency motion for the virus that is quickly spreading across the world.

“They are worried. They are trying to go forward by spreading the Coronavirus in the campaign. We are starting our trip to Huvadhu Atoll with the cure, to provide information, with the cure for the virus. We will win the election while you (opposition) remain infected with the virus.” said MP Mughnee.

His words quickly got a backlash from the public and criticism was directed at the MP and his party as well. The party quickly apologized for the words.

MP Azim speaking on behalf of the party said that it was not the intent of MP Mughnee nor the party to infect anyone with a disease in order to win an election.

“MDP and I apologize as the Parliamentary group leader,” said MP Azim.

MP Azim stated that he did not believe that the words of Thinadhoo MP were not intentional.

Deputy Speaker of the parliament Eva Abdulla who was presiding over the session thanked MP Azim for clearing up the issue.

She also remarked that unless an MP violated a tenet of Islam, the parliament regulations did not allow the power to stop or halt an MP as they were speaking. She advised MPs to refrain from harsh or cruel words during debates.

Kaashidhoo MP Abdulla Jabir also stated that he did not believe MP Mughnee would say such a thing and was merely a “technical error” of a man from Huvadhoo speaking in Dhivehi language.

MP Jabir's statement is most likely attributed to the fact that people from the region of Huvadhoo speak in a dialect named Huvadhu Bas, which has differences with the official Dhivehi language.

MP Jabir’s words drew laughter from MDP MPs in the session but deputy speaker Eva once again calmed down before expressing her displeasure at the comments by MP Jabir.