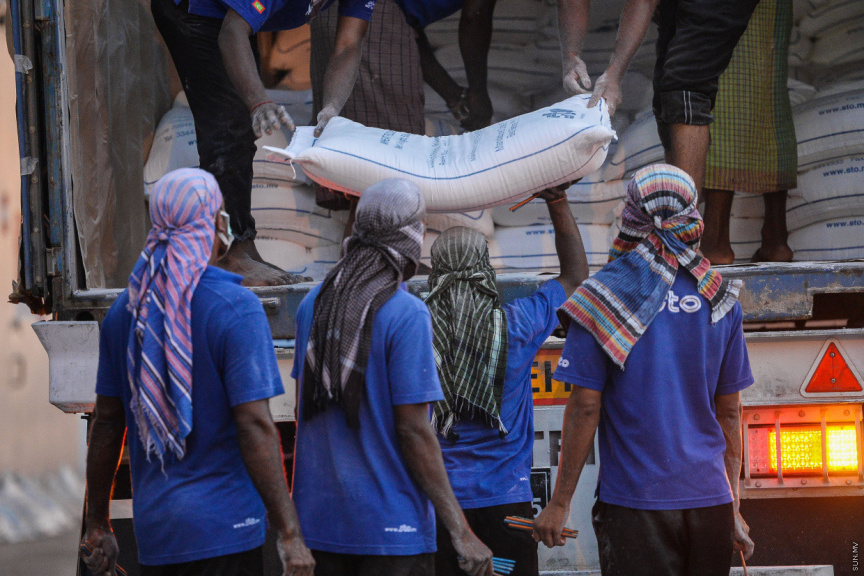 STO workers carry a shipment of food products into a warehouse. (File Photo)

State Trading Organization (STO), on Wednesday, said that it had enough staple food products in stock to last four months, as the Parliament debates on an emergency motion over a potential food shortage in Maldives in response to the global outbreak of COVID-19.

Abo said the additional shipments would be enough to last another five months.

STO’s statement comes after Maduvvari MP Adam Shareef Umar, on Wednesday morning, presented an emergency motion at the Parliament urging State authorities to have contingency measures in place to deal with a potential shortage of staple food and petroleum in Maldives.

He warned that the outbreak, if it spread to Maldives, had the potential to disrupt the transport system and cut off outer lying islands from access to essential products.

During the debate on the motion, Deputy Speaker, North Galolhu MP Eva Abdulla said that the government had already implemented contingency measures to deal with a potential staple food shortage.

“STO’s MD has informed us they have three to four months of staple food products in stock. And that another four to five months of stock is on its way,” said Eva.

Vilufushi MP Hassan Afeef joined Eva in expressing confidence over the government’s preparedness in response to the global COVID-19 outbreak.