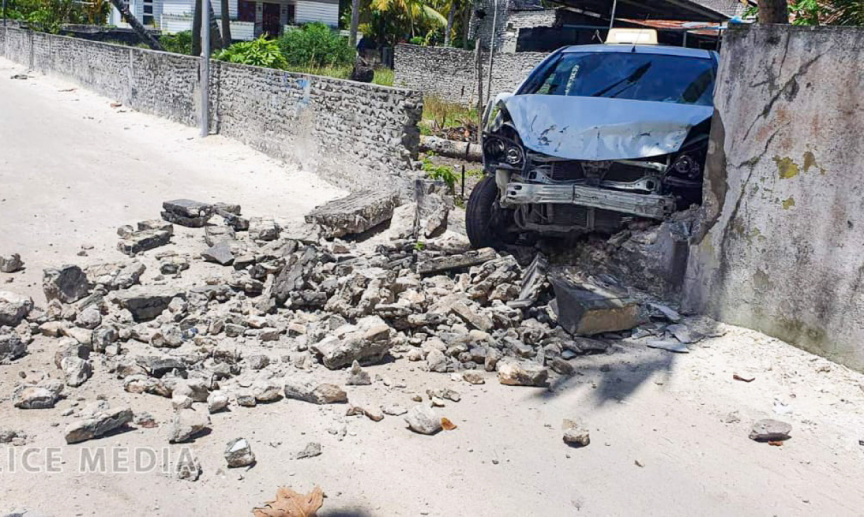 Photo shows an accident that occurred in Addu city on March 3, 2020. (Photo/Mvcrisis)

An accident between a car and a bicycle in Addu city has overturned a wall.

The wall was overturned after the car traveling at high speed rammed into the wall following a collision with a bicycle.

Police stated that reports of the incident were received around 10:45.

A local woman on the bicycle and a local man driving the car were both taken to the Equatorial Hospital for injuries sustained from the accident.