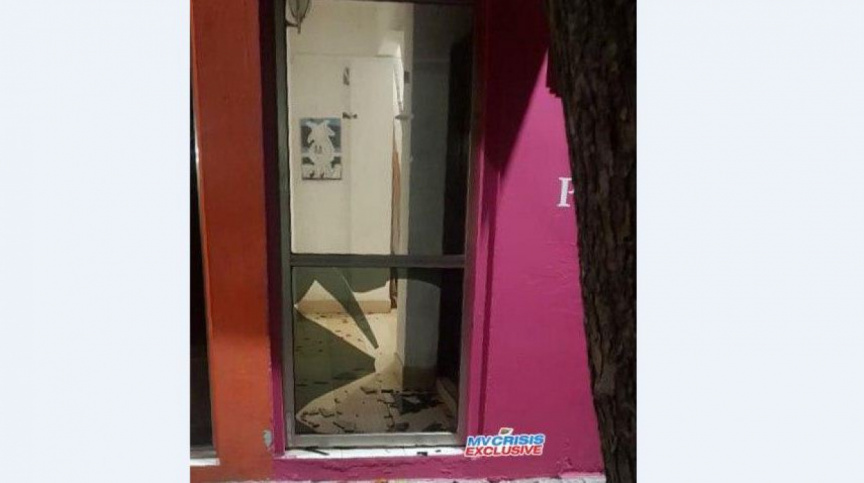 The campaign office of a PPM candidate in Vilimale' was vandalized on March 1, 2020. (Photo/Mvcrisis)

The campaign office of Nahula Ali, a candidate contesting in the local council elections for Vilimale’ constituency on behalf of PPM was vandalized last night.

The windows of the office were smashed last night. Speaking with “Sun” Nahula said that this was a sad act and that she would not be stepping back because of this.

Police confirmed that a case of a campaign office that was vandalized in Vilimale’ was received last night. Police were made aware of the incident around 3:15 last night after officers on patrol saw a crowd gathered near the office after the incident had happened.

A suspect was later detained on a separate crime, and police stated that the matter was under investigation.