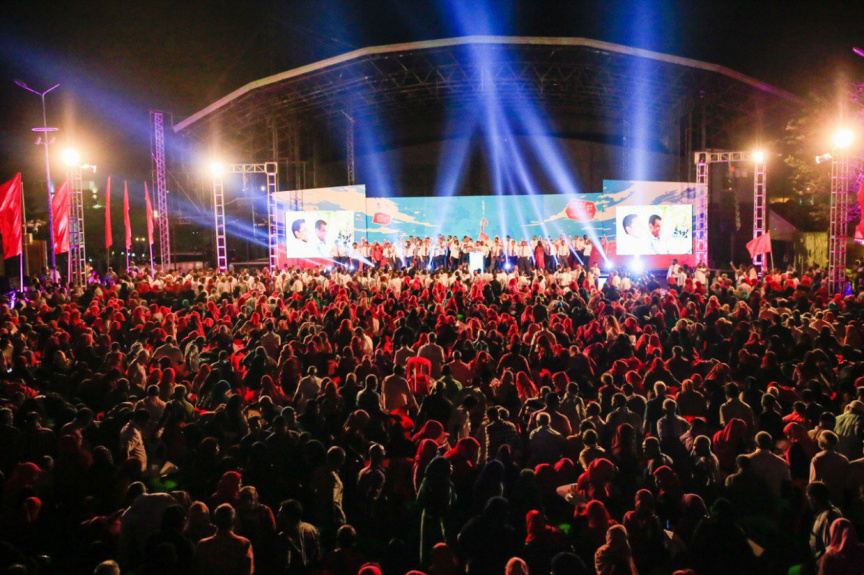 The rally, held at the Alimas Carnival, was attended by PPM’s electoral candidates and a large crowd of the party’s supporters.

The party announced its policies for the elections and the pledges of its candidates.

PPM elections steering committee member, Muaz Mohamed Rasheed said the policies had been based on the current concerns of local voters.

He named a clear stand against people who sought to challenge the principles of Islam and the protection of the independence and sovereignty of Maldives as PPM’s driving policies.

Muaz also said that PPM had based its policies on the vision of its imprisoned leader, former Maldivian President Abdulla Yameen Abdul Gayoom.

Yameen had always sought to bring economic development and prosperity to Maldives, and PPM’s candidates, if elected, would also seek to develop and bring prosperity to local islands, he said.

“Those who are elected to councils will work to empower the councils. They will develop the islands. None, other than PPM, has this vision for development,” said Muaz.

He also said that PPM’s candidates who are elected to councils would be mature enough not disrupt the developmental plans the government had for local islands.

PPM councilors will serve to pressure the government into bringing development to local island, he said.