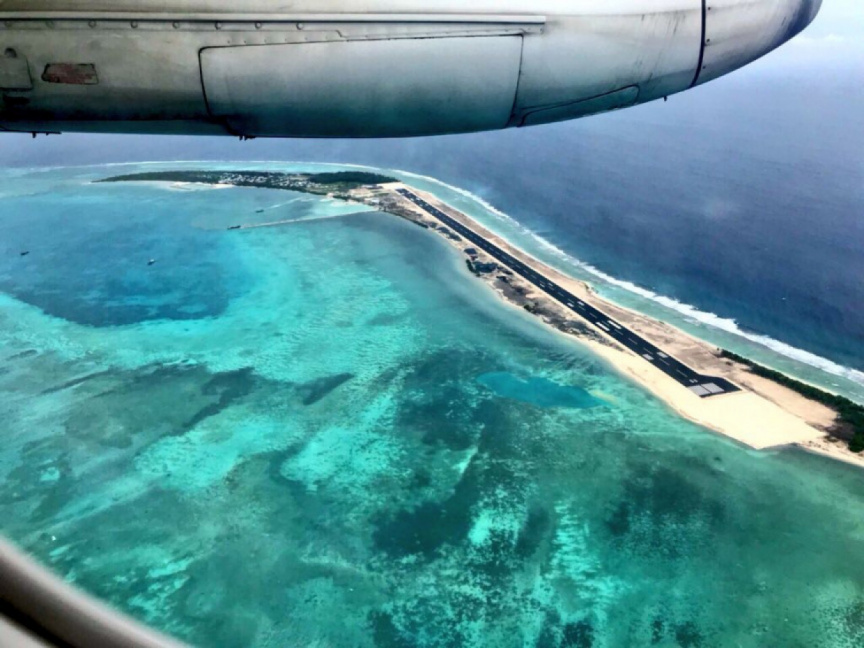 “Save Maldives” a campaign advocating to protect the environment has expressed dismay that infrastructure development projects are carried out in the country without heeding the consequences it may have on the environment.

In a statement issued by the campaign today, it lamented the fact that the current administration also followed the actions of president Yameen’s administration which inflicted a lot of damage to the environment of the country.

The Save Maldives campaign was formed to advocate against the government’s project to reclaim land from the mangrove of H.Dh. Kulhudhuffushi for the island’s airport. The campaign has since grown to advocate against different activities that damage the environment and works to create awareness among the public.

The statement issued by the campaign read that the policy of ignoring the impact on the environment by the government was still in use and criticized the fact that the Environment Minister has the power to overrule the findings of the Environment Impact Assessments conducted by the Environment Protection Agency.

“The decision in the case of Maafaru by the minister is against the land and environment laws of the country. As a result of this decision, extensive damage irrecoverable from will be inflicted on the island’s landscape and marine organisms.” read the statement by Save Maldives.

The campaign stated that the minister’s ruling indicated no care to the resilience of islands and prioritizing the interests of the investors in an unsustainable manner for infrastructure development projects without heeding the nature of islands.

The residents of Maafaru and the island would suffer the most from this project, according to Save Maldives, before adding that a comprehensive survey of the impact on Maafaru has not yet been conducted.

A case of 20,000 palm trees from Maafaru which were to be exported had been reported previously and photos of a sea turtle laying eggs on the runway of the island also went viral.

“It is the extent of irresponsibility when the decision of the EPA is overruled and permission is given to destroy what remains of the ecology of the Maafaru.” read the statement by the campaign.

The campaign also expressed concern that President Solih’s pledge to make the EPA, an independent institution was not implemented. A pledge that is a part of the Strategic Action Plan of the government, Save Maldives lamented that no efforts towards making this pledge a reality was made by the government so far.

Save Maldives called on the president and the parliament to uphold the decision of the EPA regarding Maafaru and cancel the decision of the environment minister before calling for urgent measures to make EPA independent and enhance the work of the agency.