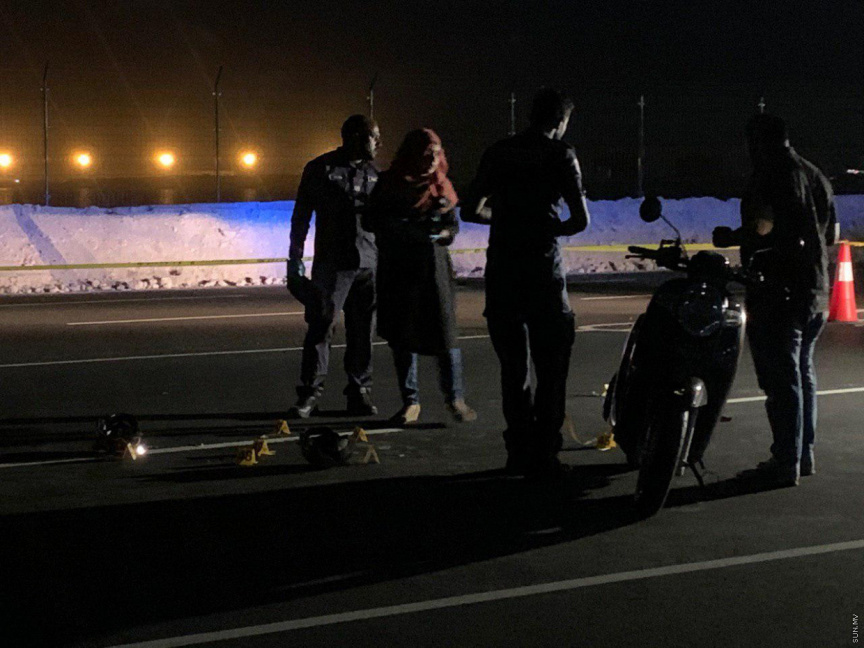 Investigative findings by Maldives Police Service show the MTCC bus involved in a fatal collision with a motorcycle in November 2019 had been on the motorcycle lane when the collision took place.

The police disclosed its findings during a session of the Parliament’s State-owned Enterprises Committee held in connection to the case.

The accident, which took place on November 12 in front of the Bus Terminal in suburban Hulhumale’, had resulted in the death of Fathimath Anjum Shafeeq, a 13-year-old girl from K. Thulushdhoo.

The State-owned Enterprises Committee had initiated an inquiry into possible non-compliance of public transport regulations by MTCC at the request of the Parliament’s Human Rights and Gender Committee as the accident had resulted in the death of a child.

The committee has concluded its inquiry and released a report of its findings, which show that the accident had taken place at approximately 8:35 pm on November 12, at the junction of Nirolhu Magu and Hulhumale’ Highway, when the bus and a motorcycle – both headed to the highway – had collided just as the bus made the turn to get on the highway.

It refers to information collected from the police which says the bus was found to have gotten on the motorcycle lane when it made the turn.

The bus driver, identified only as a 54-year-old male, had initially been placed under arrest, but released after a seven-day remand period after the police found there to be lack of ground to keep him detained while it conducted its investigation.

The police have suspended his driver’s license, and continues to investigate the case.

MTCC, in a statement it issued following the accident, said that the neither the driver nor any of the passengers on board the bus had been aware of collision, and that the bus did not have so much as a single scratch.

The fatal collision had come just months after a 31-year-old Ukrainian woman was run over by another MTCC bus in May of the same year, after the driver fell asleep behind the wheels.

The driver has been charged over the death and has his license suspended pending the outcome of his trial. He has also been terminated from his job at MTCC.

Another collision took place the same week, between a bus and parked taxi, after another bus driver fell asleep behind the wheels.

The accidents led to MTCC imposing additional measures to ascertain safety, including drivers being required to sign a declaration form attesting to their readiness for work in front of the in-charge before each duty session, and to prepare report following the conclusion of each duty session.

Emergency soft switches have been installed on six buses, and the speed of six out of ten buses which travel between Hulhumale’ and Velana International Airport has been limited to 55 kilometers.

The State-owned Enterprises has passed several recommendations following its inquiry. It includes instructing MTCC to monitor the changes brought on by its additional safety measures, and submitting a progress report within six months the Parliament passes the committee’s report.

The Parliament passed the report with the majority vote of 60 parliamentarians during its sitting this Wednesday.