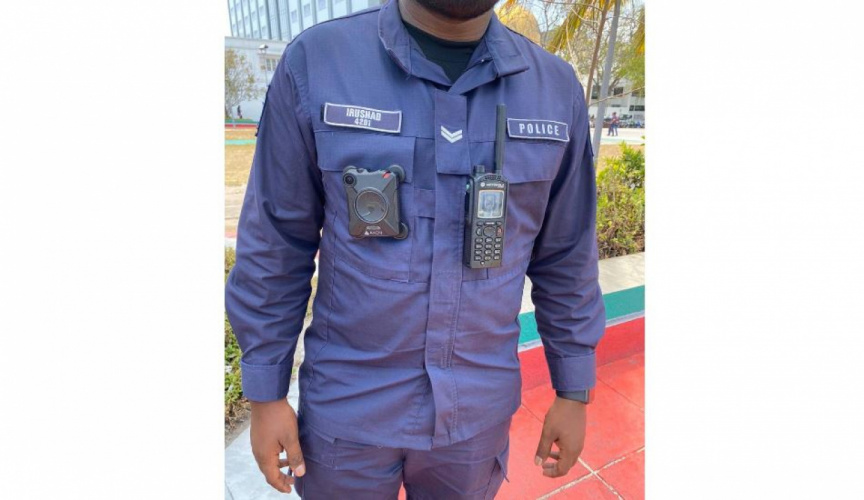 A police officer wears a bodycam as part of a randomized trial initiated by Maldives Police Service on February 26, 2020. (Photo/Twitter/Mohamed Hameed)

The initiation of the trial was announced by Commissioner of Police Mohamed Hameed in a short statement via his Twitter account.

He said that the police had plans for a wider rollout of the use of bodycams, possibly depending on the results of the trial.