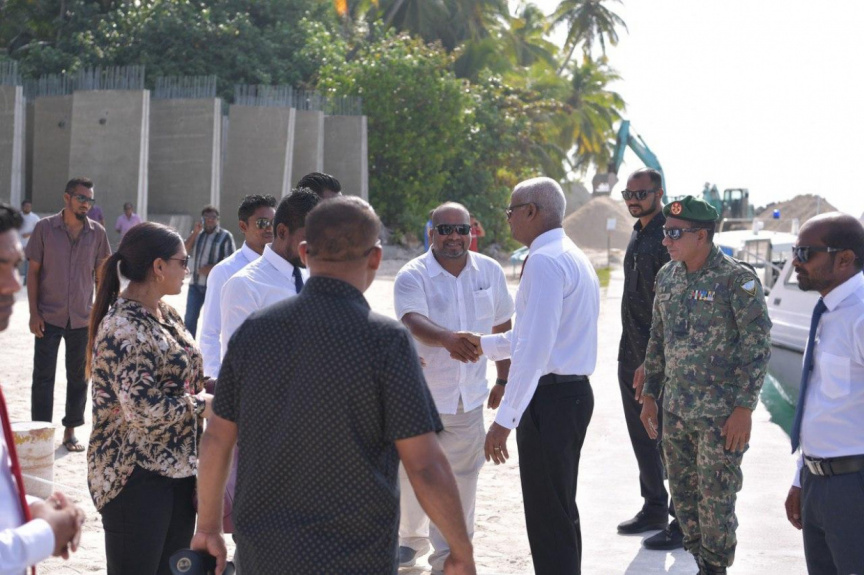 President Ibrahim Mohamed Solih has returned back to9 Male' after concluding a two-day visit to Dh. Rinbudhoo

The President arrived back in the capital in the morning. The purpose of the visit was visit to attend the ceremony to celebrate the Golden Jubilee Anniversary of Rinbudhoo School.

President Solih who spoke at the ceremony addressed the Administration’s education policy, and highlghted that the most significant responsibility of the policy was to shape future generations of the nation as responsible citizens.

During the visit President Solih also inaugurated the ‘Cultural Road,’ developed on the island which encompasses creative artwork highlighting heritage, folklores and local talent, and the ‘Mariyam-maa’ awareness and wellness programme for infants, pregnant women and new parents.

The President also held discussions with the Council of Rinbudhoo and representatives from major institutions of the island and addressed their issues and concerns.

Testing for Covid-19 arranged in the Maldives