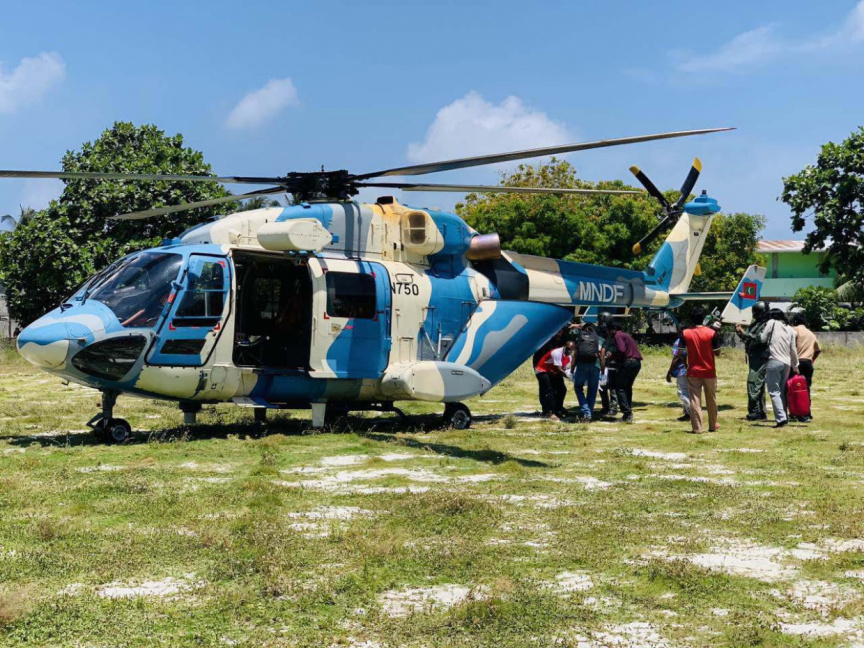 Maldives National Defense Force, on Wednesday, medically evacuated a tourist out of Addu City for treatment for decompression sickness.

The helicopter carrying him is scheduled to land in the capital, Male’ City at 11:15 am.

Cases of decompression sickness, a disorder in which nitrogen dissolved in the blood and tissues by high pressure forms bubbles as pressure decreases, is common among divers in Maldives.

While the government has announced plans to begin using decompression chambers in Addu City to treat such cases, the service has yet to be initiated.

The plan to use decompression chambers in Addu City has become a point of contention, with people from Huvadhoo Atoll arguing that the chambers should be located in that atoll, and not Addu, given the higher occurrence of such cases in Huvadhoo.

People who suffer from decompression sickness are currently treated using the chambers in Bandos Island Resort in K. Atoll.