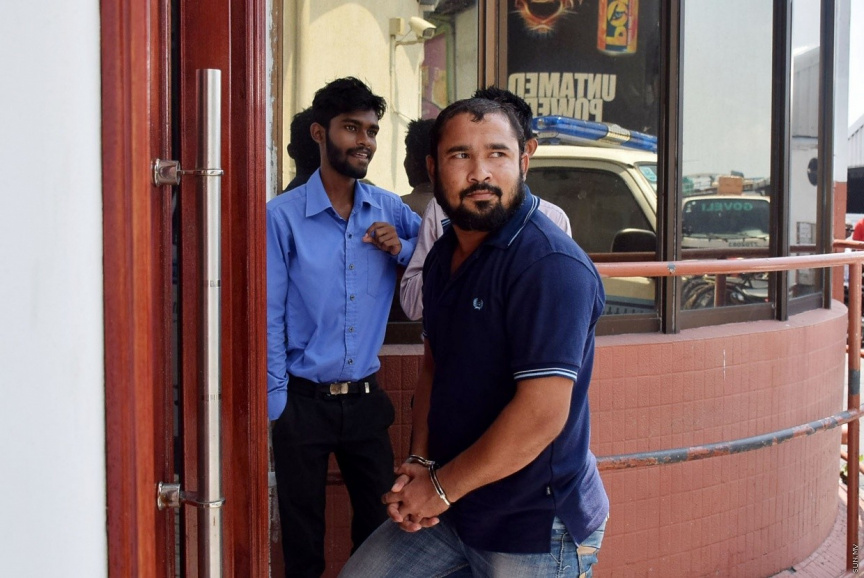 Sumon Miah, a Bangladeshi national: He was sentenced to 15 years in prison for the 2016 murder of Hawwa Zuha, a woman from L. Gan by the Criminal Court on February 16, 2020.

The Criminal Court, on Sunday, sentenced Sumon Miah, a Bangladeshi national, to 15 years in prison over the murder of Hawwa Zuha, a woman from L. Gan who was found dead in an alleyway in Male’ in 2016.

According to the charges against him, Sumon had sexual relations with Zuha in a room in H. Laalukuri at approximately 00:00 on January 6, 2016, after which he grabbed Zuha by her throat with his right hand and strangled her in a dispute which arose between the two.

Reading the verdict, Judge Ibrahim Ali noted that Sumon had confessed to grabbing Zuha by her throat both to investigators and again at court, and that testimony of medical doctors and medical documents established that Zuha had died from suffocation due to strangulation. He said the circumstances therefore required the death to be treated as intentional.

He noted that there was legal precedence set by Supreme Court establishing that that the confession made by a defendant – if the confession of guilt pertained to the violation of a right of another - would still stand and cannot be retracted even if the defendant later attempts to retract the confession during trial.

He said the evidence in submission proved Sumon guilty of Zuha’s murder beyond reasonable doubt.

The Criminal Procedure Code declares the minimum sentencing requirement for murder with intent to be 10 years in prison.

When it came time for sentencing, the State prosecution asked that Sumon’s punishment be pushed up by two degrees to 15 years in prison in light of how he had committed the crime.

Given that Zuha’s closest living relative, her mother said she did not want for the punishment of Qisas to be applied, Sumon was sentenced to 15 years in prison, MVR 100,000 within one month as diyat punishment, and fasting continuously for two lunar months as kaffarah punishment.

Sumon, in the retelling of the events of the night of the murder at trial, said that he had paid Zuha before having sexual relations with her, but that she attempted extort more money out of him afterwards. He said that she swore at him, threatened that he couldn’t leave unless he paid, and grabbed his hands when he refused. He said that it was then that he had grabbed Zuha by her throat leading her to collapse on the floor. He said he then carried her out, kept her on the ground in the alley outside the house, grabbed the money, and left.