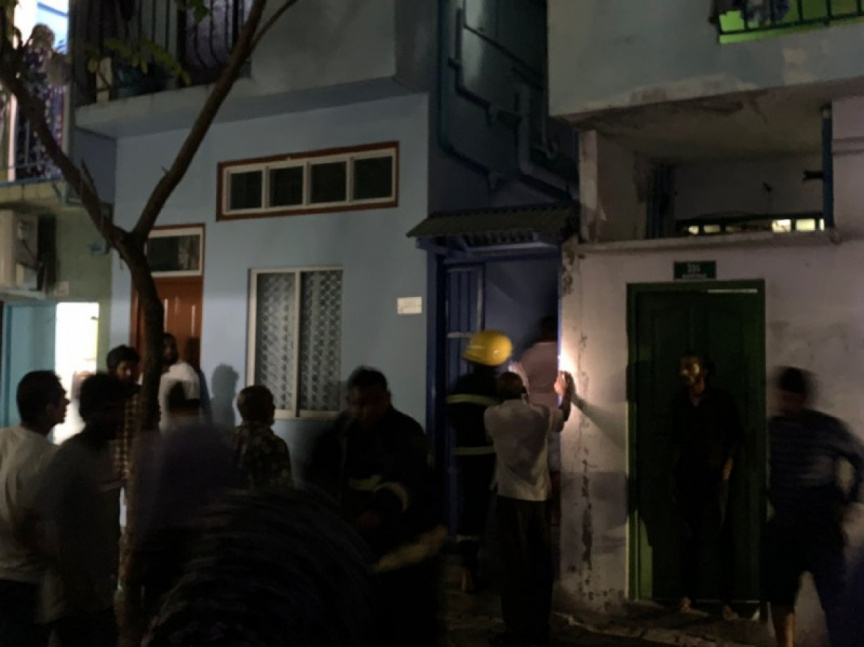 A crowd gathered outside G. Preside on February 15, 2020 as firefighters battle a fire in one of its apartments. (Sun Photo)

National Disaster Management Authority (NDMA) has extended its assistance towards the people evacuated from a first floor apartment in Galolhu district of Male’ following a fire.

The apartment in G. Preside had housed six people, all males, who were evacuated on Saturday night following a fire which originated from a d-board in the living room.

NDMA’s Chief Executive Hisaan Hassan told Sun this Sunday afternoon that the apartment had been declared unsafe for human inhabitation due to the fire damage for the time being.

He said that the NDMA had provided alternative accommodation for the six evacuees.

“The six people rented three rooms. So we issued MVR 650 per room per day and night. The fire originated from a d-board in the living room. Clothes and other items burned when the fire spread. There wasn’t much damage to the bedroom or bathroom,” said Hisaan.

He said that an additional MVR 1,500 had been issued to each of the evacuees to replace the clothing damaged in the fire.

Authorities are scheduled to work on fixing the electric board of the apartment later this Sunday, he added.