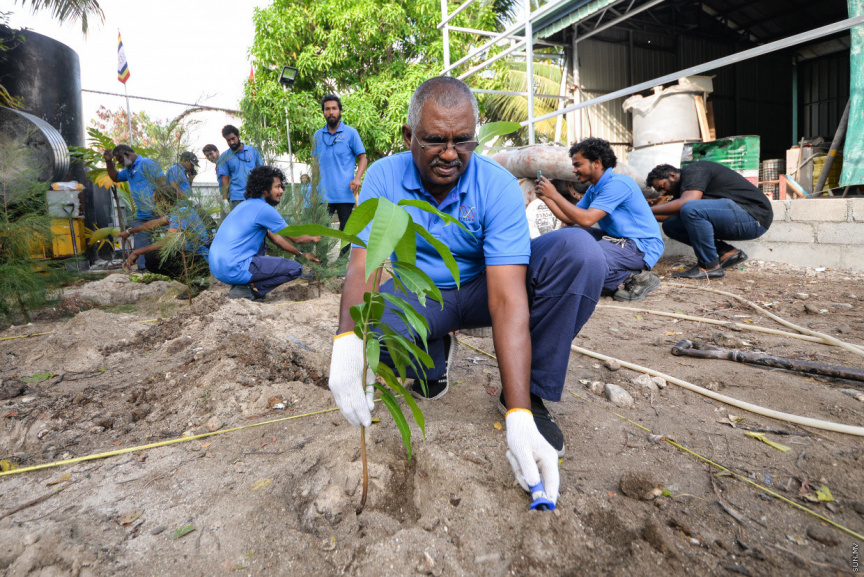 State Electric Company (STELCO), on Saturday, will plant 3,000 trees across Maldives under phase II of its STELCO RahFehi campaign.

STELCO’s tree planting campaign is an annual event launched by the company in 2019 in a nod towards President Ibrahim Mohamed Solih’s RahFehi campaign.

According to STELCO, its campaign it’s just a single day event, but its staff will also be involved in the upkeep of the trees they have planted.

STELCO’s FahFehi campaign is organized as a competition among its different departments.

Managing Director Hassan Mughnee, who took part in the campaign from K. Thilafushi, described the larger RahFehi campaign launched by President Solih as an important measure to boost environment consciousness among the Maldivian public.

Mughnee said STELCO was committed to ensuring the sustainability of the RahFehi campaign, and other similar government campaigns.