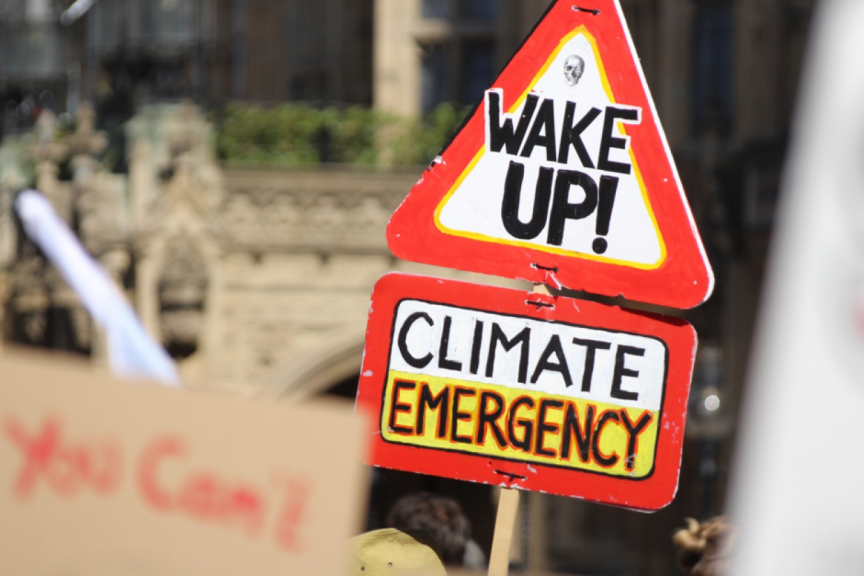 A placard is photographed at a demonstration against climate change.

As several countries in the world are preparing to announce a climate emergency. The Maldives is also rolling up its sleeves to do so. The belief that such a measure is needed is strong with many people. But what is a climate emergency? And, what will be the result of such a move?

Oxford dictionary coined the term “Climate Emergency” to refer to the situation when the effects of climate change are at a serious level.  The Oxford Word of the Year for 2019 is “climate emergency” and is defined as a situation where urgent action is required to reduce or halt climate change and avoid potentially irreversible environmental damage resulting from it.

What does a declaration of a climate emergency entail?

It is very much like declaring a state of emergency in a country, except that the focus is on minimizing the impact caused by climate change and protecting the environment.

It is a strategy used by scientists and governments across the globe to limit the effects of climate change.

The next step after declaring such an emergency is to plan the response towards the situation.

Up until last January, 25 countries had declared a climate emergency.

What happens when a nation declares a state of CE?

It means that a government recognizes the dangerous effects of global warming and climate change and that the current measures in place are not enough to curb the effects.

More powerful measures to minimize the effects of human impact on the environment can be put in place with the right research conducted after the declaration of such an emergency. This can include “Radical” measures such as the prohibition of items and substances that can have an adverse effect on the environment.

One of the most notable declarations came from Pope Francis, who called on humanity to enter into a phase of radical energy transition. The Pontiff also called to cease the use of non-renewable fossil fuels and move towards cleaner renewable energy sources.

So..what can the Maldives do?

As the epicenter to be worst-hit by the effects of climate change, according to scientists, Maldives is already faced with frightening circumstances. The 2000 plus island nation has several inhabited islands with concerned residents who are witnessing their island being slowly eroded.

The parliament has already passed a motion to declare a climate emergency, after reports of tidal waves, erosions, and sea swells affecting numerous islands in the country at unprecedented levels keep on hitting the headlines every day.

The motion by Hoarafushi MP Ahmed Saleem reads that: