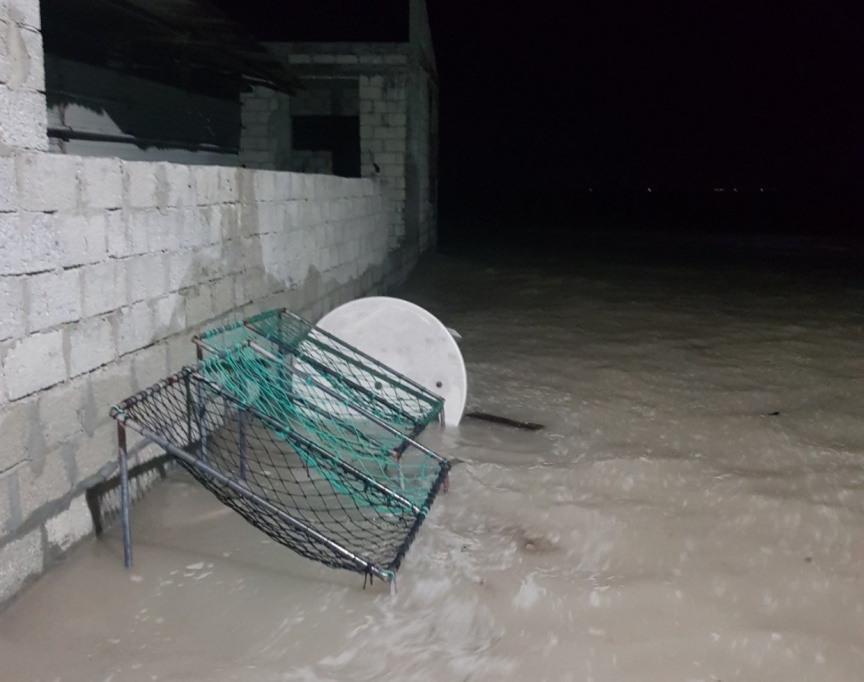 N. Holhudhoo was affected by tidal waves on February 12, 2020. (Photo/Police)

Disaster Management Authority (NDMA) has said that no cases of islands affected by sea swells have been officially submitted to the authority despite several islands being affected.

Reports and photos of several islands affected by sea swells are circulating on social media. Speaking to “Sun” regarding these reports, Hisaan Hassan, Chief Executive of NDMA stated that the authority is yet to receive such a case. The authority was now working on contacting councils and clarifying the situation.

Hisaan speculated that the NDMA had not received such cases because households were not damaged in such an incident so far.

However, Hisaan admitted that photos circulating on social media showed waters reaching households in several islands. Police stated that the island Holhudhoo in N. Atoll was affected by sea swells and tidal waves last night. Police assisted the residents of the island in diverting water.

Maldives Meteorological Services (Met Office) had warned that the country would be affected by bad weather in the next 24 hours.

Projects under MVR 5m to be run by councils