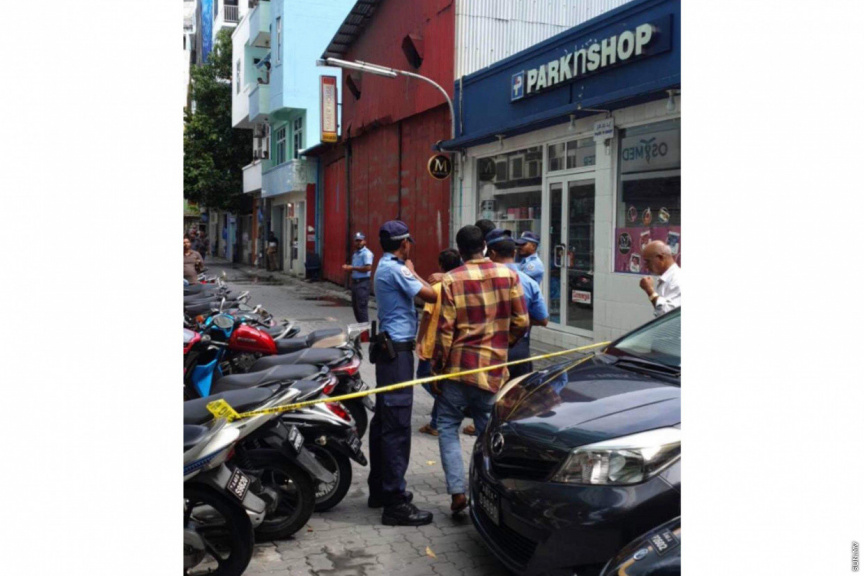 File photo of police attending to the scene of a street fight in Male' City. (File Photo/Sun)

Two foreign nationals, on Sunday, were involved in a street brawl in the Maafannu district on Male’ City, leaving both injured.

Maldives Police Service identified the two people involved in the brawl, which was reported to the police at approximately 11:26 am, as Indian nationals.

According to the police, both men sustained stab wounds in the brawl and have been taken to the hospital.

The police have not disclosed information regarding the extent of their injuries, as of yet.

Amendment for MIRA to claim for traffic fines