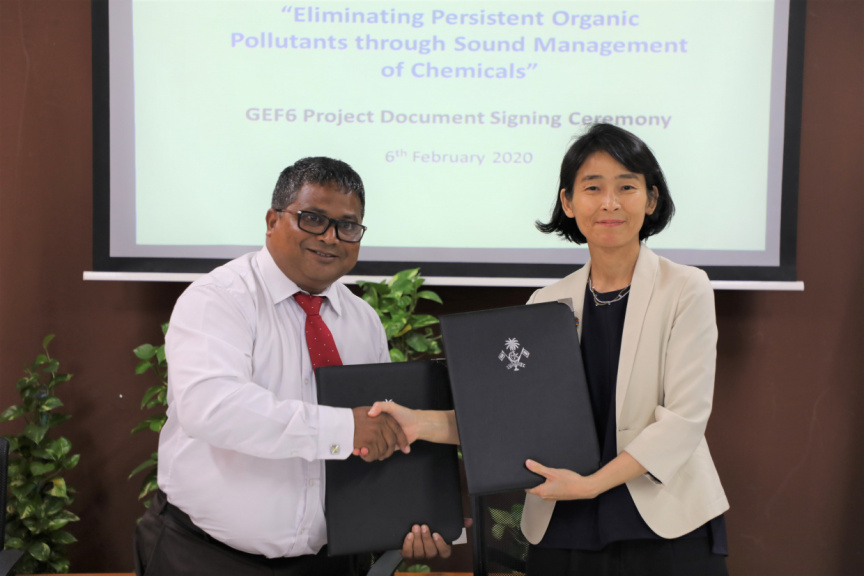 The Environment Ministry has entered into an agreement with the UNDP for a project to manage dangerous chemicals.

The Ministry stated that the project was run under the financial assistance of Global Environment (GEF) to enhance the handling and management of such chemicals.

Minister Dr. Hussain Rasheed signed the agreement on behalf of the Ministry while Ms. Akiko Fujii, the Resident Representative signed on behalf of UNDP.

The project will have a special focus on exterminating persistent organic pollutants that can damage the environment and have health hazards for humans.

Under this agreement electrical transformers and fuel for these transformers and the 24 tons of perchlorinated biphenyls (PCB) that dates back to before 1989 would also be exterminated. PCB has been ceased from production in the world since 1970.

Systems to better manage, transport and label chemicals and use them more efficiently is also to be formed. A regulatory framework of the import of such chemicals would also be formed as part of this agreement.