Minister: Out of 43 Maldivians in China, only one wishes to come back 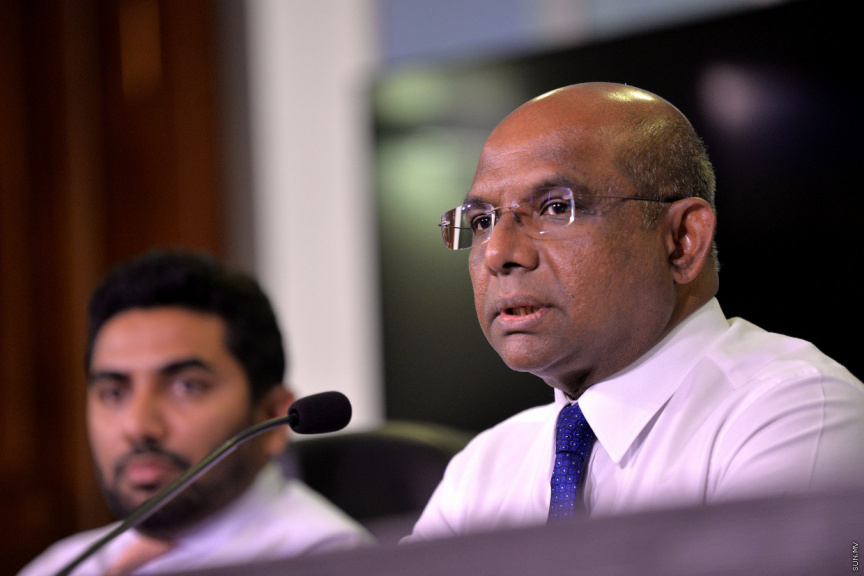 Foreign Minister Abdulla Shahid has stated that out of the 43 Maldivians in China currently, only one requested to be brought back.

President Ibrahim Mohamed Solih had arranged free transportation for all Maldivians in China who wished to return after the outbreak of the Coronavirus in the Chinese city of Wuhan.

The arrangements were made via the five cities in China that national carrier Maldivian operates to. The cities are Chongqing, Chengdu, Hangzhou, Nanjiang, and Xian. The government requested everyone who wished to come back to contact the Maldivian Embassy in China.

Seven Maldivians in the worst-hit city from the virus, Wuhan was brought back to India along with Indian nationals today. The seven Maldivians were placed under quarantine as a precaution against the virus.

“The president has made arrangements for all Maldivians in Chinese cities other than Wuhan to come back via the five cities that (the national carrier) Maldivian operates to,"

"Two registered themselves at the time, to come back. One of them had later decided not to take the chance, so just one person has decided to come back” said the Foreign Minister at a news conference today.

The Minister did not elaborate on when the Maldivian would be brought back, however, he did say that the government was closely monitoring the situation of Maldivians in China and would assist in any way possible.

The Maldivians evacuated to India from Wuhan are in quarantine at a facility in the South West of the Delhi at a camp of the India-Tibet border police. They include five women, one man, and a child who were all living in Wuhan.

323 Indian nationals were on board the flight that evacuated the Maldivians. They are also in quarantine. A total of 14 days will be spent by them in quarantine, which is a safety measure against the disease which has spread to several countries.

President thanks India for evacuation of Maldivians