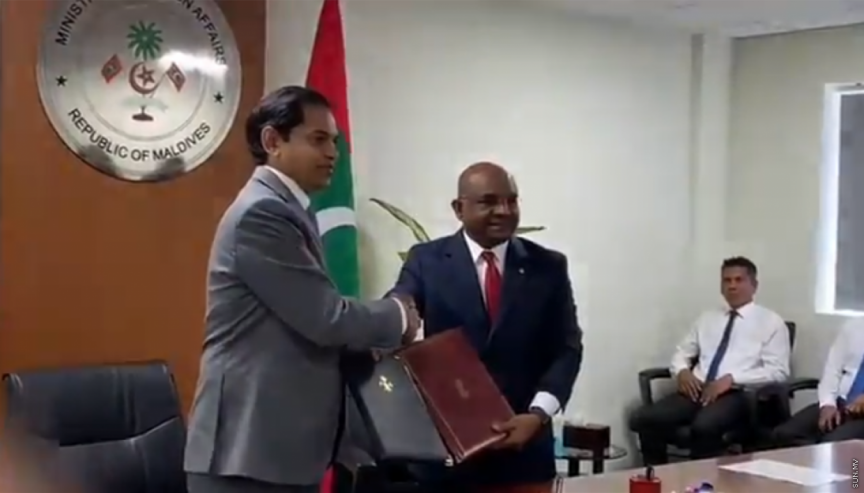 Foreign Minister Abdulla Shahid is pictured with Ambassador from India to the Maldives Mr. Sanjay Sudhir.

An MoU between Maldives and India has been signed for the development of tourism zones in Addu city. The MoU is valued at USD 2.49 million.

In addition to this, an agreement was signed to develop a water bottling plant in H.A Hoarafushi for USD 51,900.

The projects are a part of the “High Impact Community Development” program of the Indian government.