With a 22-point lead, Liverpool setting new standards in EPL 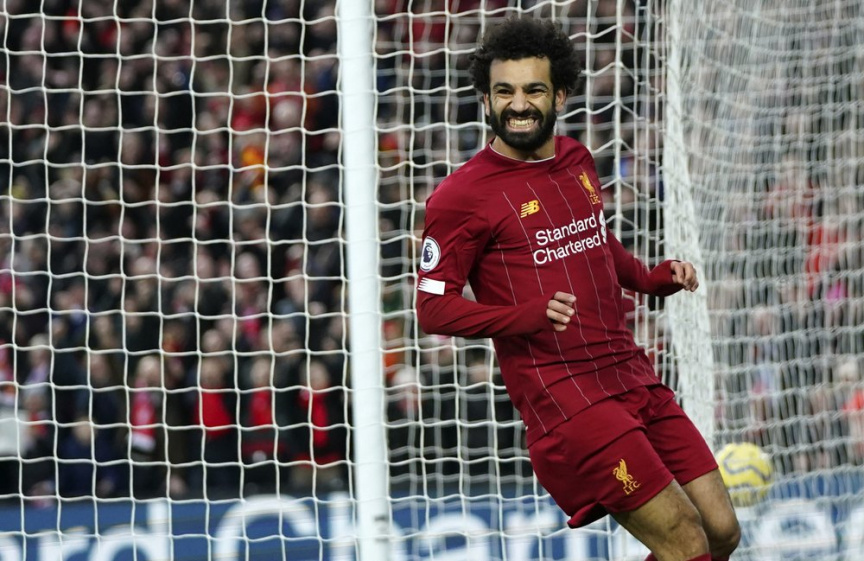 Liverpool is setting standards that have never been seen in English soccer.

With a 4-0 win over Southampton on Saturday, Liverpool moved a scarcely believable 22 points clear in the Premier League -- the biggest advantage any leader has had at the end of a day in English top-flight history.

Winning the league, for the first time in 30 agonizing years, is surely a given. Going the season unbeaten like Arsenal’s so-called “Invincibles” did in 2003-04 is looking increasingly likely, too, with 13 games remaining.

A debate that might not be too far away is if Jurgen Klopp’s team is the best to ever grace soccer’s birthplace. It has won 100 points from a possible 102 going back to March last year.

One thing at a time, though, for Klopp, whose side needs only one more win to secure Champions League qualification for next season. Another remarkable statistic given it’s only early February.

A maximum of seven more wins is required to clinch the league title in what is shaping up to be record time.

Mohamed Salah might also have his eyes on being the Premier League top scorer for the third straight season after netting two late goals on the counterattack against Southampton to move to 14, three behind Leicester’s Jamie Vardy. Alex Oxlade-Chamberlain and Jordan Henderson also scored.

It was also a ninth clean sheet in the last 10 league games for Liverpool, which has conceded only 15 goals -- eight fewer than the next most obdurate team, Sheffield United.

Bruno Fernandes was handed his debut by Manchester United after his move this week from Sporting Lisbon, and the playmaker made a good impression in a 0-0 draw at Wolverhampton.

The Portugal international was at the heart of most of United’s best attacks, was given set-piece duties, and played the full match at Old Trafford.

United dropped to sixth place, a point behind Sheffield United, whose brilliant first season back in the Premier League continued with a 1-0 win at Crystal Palace. The victory was sealed by an own-goal from goalkeeper Vicente Guaita, who carried the ball into his own net after collecting an inswinging corner.

After a series of below-par performances when his shot-stopping ability, in particular, has been called into question, Kepa Arrizabalaga -- the world’s most expensive goalkeeper -- was finally dropped by Chelsea manager Frank Lampard for the match at Leicester.

Instead, Lampard fielded in goal Willy Caballero, who at 38 years, 126 days became the oldest player to start a Premier League game this season.

The teams drew 3-3, which kept an eight-point gap between third-placed Leicester and fourth-placed Chelsea.

Center back Antonio Rudiger scored twice for Chelsea, either side of goals for Leicester from Harvey Barnes and Ben Chilwell.

West Ham’s slump is turning into a full-blown crisis.

By squandering a 3-1 lead to draw 3-3 at home against fellow struggler Brighton, West Ham dropped into the relegation zone. The Hammers have just one win in their last eight games.

“I’m angry and the players know I’m disappointed,” said West Ham manager David Moyes, who replaced Manuel Pellegrini on Dec. 29 but has been unable to arrest the team’s slide.

Glenn Murray grabbed Brighton’s equalizer in the 79th with his seventh career goal against West Ham.

Bournemouth won its second straight league game and climbed out of the relegation zone by beating fellow struggler Aston Villa 2-1 despite playing almost the whole of the second half with 10 men after Jefferson Lerma’s red card.

Everton, which also finished with 10 men, came from two goals down to win 3-2 at Watford thanks to Theo Walcott’s last-minute goal.

Villa stayed in the bottom three while another promoted team, Norwich, remained in last place after a 0-0 draw at Newcastle.