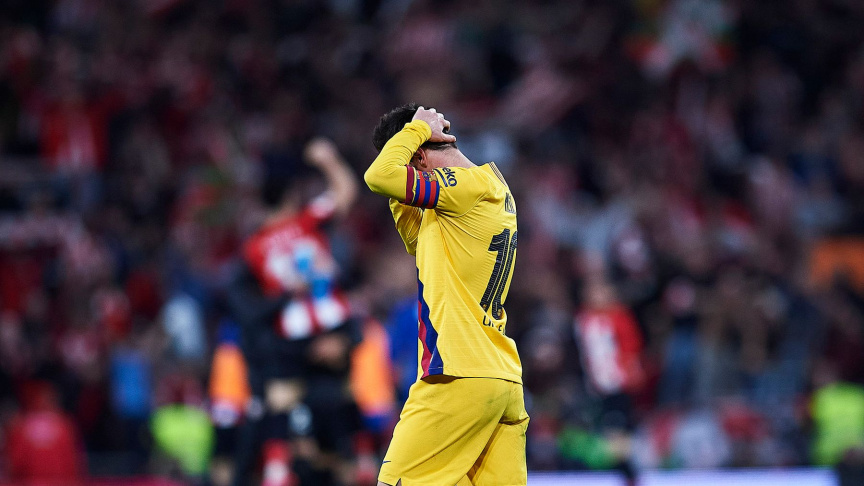 Barcelona captain Lionel Messi is seen stunned by the club's 1-0 defeat at the hands of Atletic Bilbao in the Copa Del Rey on February 7, 2020. (Photo/SportingLife.com)

MADRID (AP) – Real Madrid and Barcelona were both eliminated in the Copa del Rey quarterfinals on Thursday.

Real Sociedad ended Madrid's 21-game unbeaten run with its win at the Santiago Bernabéu to reach the semifinals for the first time in six years.

Athletic will now be considered a favorite in the last four that will also include Granada and second-division club Mirandés after getting past Barcelona from an Iñaki Williams' goal three minutes into second-half stoppage time.

Real Sociedad's victory halted Madrid's eight-game winning streak and handed the club its first loss in all competitions since October.

It also ended Madrid's hopes of winning the cup competition for the first time since 2014.

It's the first time in a decade that neither Madrid nor Barcelona made it to the last four in the Copa. At least one of the Spanish powerhouses had reached the final every year since the 2009-10 season, when Sevilla won the title. Barcelona made the final the last six years in a row.