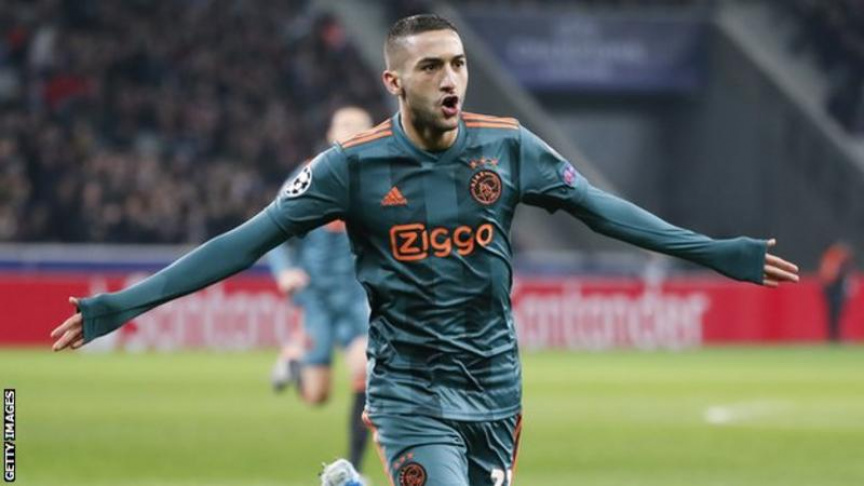 Ajax have agreed a €40m (£33.6m) deal, potentially rising to €44m, to sell Moroccon playmaker Hakim Ziyech to Chelsea in the next transfer window.

The 26-year-old will complete the transfer on 1 July. Chelsea had hoped to sign the Morocco winger in January but Ajax were unwilling to sell mid-season as they were chasing the Dutch league title.

Chelsea said the transfer was “subject to the player agreeing personal terms”.

Ziyech bolsters Frank Lampard’s squad in a position in which they will lose Pedro in the summer. There are also doubts over the future of Willian, whose contract expires in June and who wants more than the one-year extension on offer.

Ziyech has assisted more than 20 goals in each of the last three seasons, including 21 in this campaign. The attacking midfielder has provided 421 goalscoring opportunities for his Ajax team-mates since joining them in 2016 - 134 more than any other player in the Dutch top flight.

Ziyech appeared on Lampard's radar after the talented winger also contributed to three Ajax goals in a 4-4 draw against Chelsea during their Champions League group game in November of this season, with the most notable one coming from a freekick from near the corner that left Chelsea's expensive goalkeeper Kepa red-faced for a goal he will remember for the rest of his career..

The Moroccon international gifted with a magical left foot has been described as one of the top talents in the world and football experts have been baffled as to why clubs such as Manchester City and Barcelona did not go for the player before.