Suspected case of Coronavirus in the Maldives 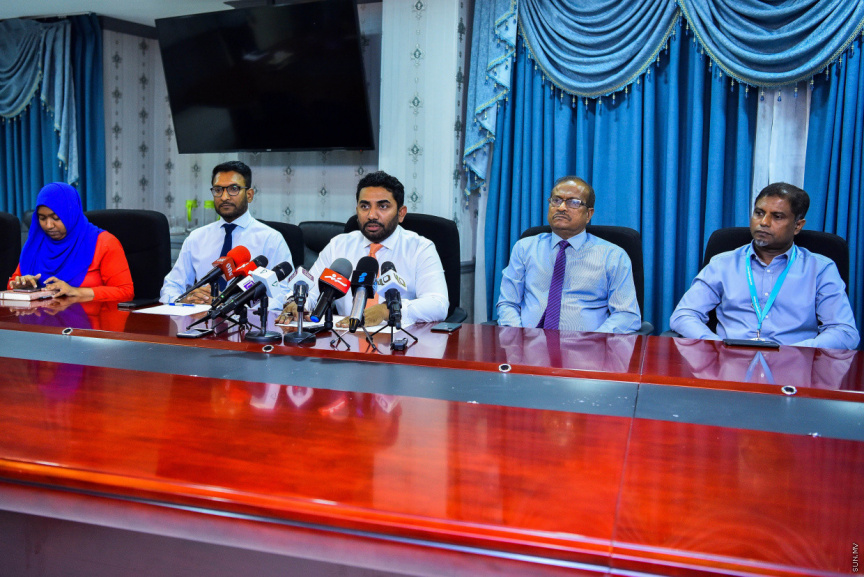 Health Ministry officials are pictured at a news conference held regarding the Coronavirus on January 26, 2020. (Sun Photo/Fayaz Moosa)

Maldivian authorities have announced that a suspected case of the novel coronavirus has been identified in the Maldives.

At a news conference held tonight, Health Minister Abdulla Ameen stated that a 20-year old Maldivian male was in quarantine in K. Funadhoo after being suspected of the virus.

The person arrived last night from Zhaoqing City, China according to the local authorities and had not exhibited any symptoms at the time of his arrival at the airport.

Ministry officials stated that this was not a confirmed case of the virus but a suspected one and the person was in quarantine as a precaution. Authorities are currently working on testing the man for the virus.

The government of Maldives suspended direct flights between the country and China today and also announced a travel advisory against traveling to China and countries where cases have been tested positive.

The travel advisory will request Maldivians to not to travel to countries from where cases for the disease have been spotted unless for emergency purposes.

Direct flights between China and the Maldives are operated by national carrier Maldivian and China Southern Airlines.

Minister Ameen stated in an earlier press conference today that training was conducted and instructions on what steps to be taken regarding suspected cases have also been sent to other atolls within the country. The Minister assured the citizens that the Maldives was very much prepared for a case of the virus today.

The virus has spread outside of China, with cases being reported in countries including Thailand, South Korea, Japan, Cambodia, Malaysia, Singapore, the United States, Canada, France, Germany, Sri Lanka and Australia and most recently India and Philippines. Around 170 deaths from the outbreak have so far been reported, all Chinese nationals from mainland China, with infected cases numbered at more than 7000 throughout the world.