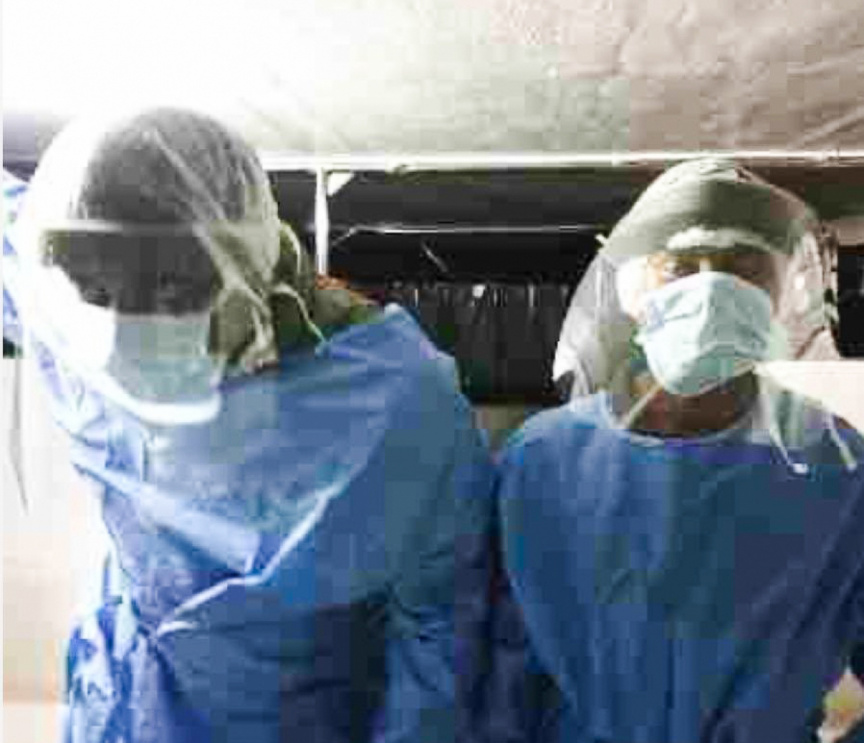 Photo shows MNDF personnel involved in the operation to quarantine a suspected case of Coronavirus identified in the Maldives on January 30, 2020.

Chief of Defence Force MNDF Maj. Abdulla Shamaal has stated that MNDF officials were involved in the quarantine of the Maldivian male after being suspected of the novel Coronavirus in the Maldives.

Authorities announced last night that Maldivian student who was studying in China had been placed under quarantine as a precaution after returning to the Maldives on Wednesday night. The local man had exhibited some symptoms suspected for the virus.

A tweet by Shamaal showed MNDF officials in the operation to place the man under quarantine. Maj. Shamaal stated that MNDF would remain at the vanguard of any crisis that might befall the country and praised the officers involved in the operation.

“The first and foremost requirement of the armed forces is the safety of the citizens and the country.” tweeted Maj. Shamaal.

Maj. Shamaal was joined by Defense Minister Mariya Ahmed Didi in praising the response of the armed forces in the situation. However, her tweet was later deleted after she received criticism for including a photo purportedly of the man under quarantine. She later apologized and expressed dismay that there were some figures who were trying to politicize the situation.

The government has also been on the receiving end of public criticism for taking lax precautionary steps in the Maldives regarding the virus.

Authorities have stated that samples from the suspected case have been sent for testing to a lab in Pune, India. The results would show whether the man who is in good health currently, is positive for the virus.

Flights to take back Chinese tourists in Maldives