Special charter flights to take back Chinese tourists in Maldives 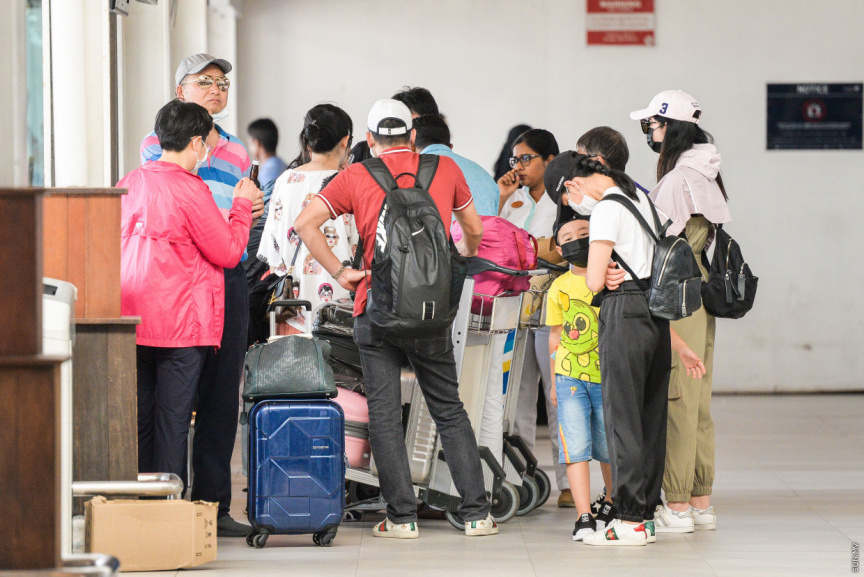 A group of tourists are pictured at an airport in the Maldives. Chinese ambassador to the Maldives announced on January 31, 2020 that charter flights to take back Chinese tourists will arrive in the Maldives following the outbreak of the Coronavirus. (Sun Photo/Fayaz Moosa)

Chinese Ambassador to the Maldives, H.E. Zhang Lizhong has announced on Twitter that charter flights from China will arrive in the Maldives today to take back the thousands of Chinese tourists currently in the Maldives.

Some members of the public have been expressing concern that direct flights between China and Maldives were still scheduled despite the government announcement to suspend such flights yesterday. The developments came as a result of the Coronavirus which has spread to more than 18 countries worldwide.

Ambassador Zhang Lizhong tweeted in response that the flights were to take back the Chinese tourists in the country.

We confirm that there are three direct flights from china mainland to @VelanaAirport today with no passengers onboard. The flights would arrive to assist with the departure of Chinese tourists currently in the Maldives. pic.twitter.com/OFUBW1YFMg

The Maldives suspended direct flights to and from China and issued a travel advisory to locals against traveling to China yesterday.

"The decision is a precaution taken for the safety of Maldivians and all visitors to the country. The cooperation and support of tourism industry stakeholders are with the President's decision to take these steps." Minister Ali Waheed had stated in a press conference yesterday.

Minister Ali Waheed has also said that arrangements had been made for the smooth return of Chinee nationals in the country would be ensured. A helpdesk has been established at the Velana International Airport for the purpose and a hotline number has also been arranged. The hotline number for the Health Protection Agency is 7377004.

The death toll from the disease has now risen to more than 200 while the number of infected cases is recorded higher than 10,000.