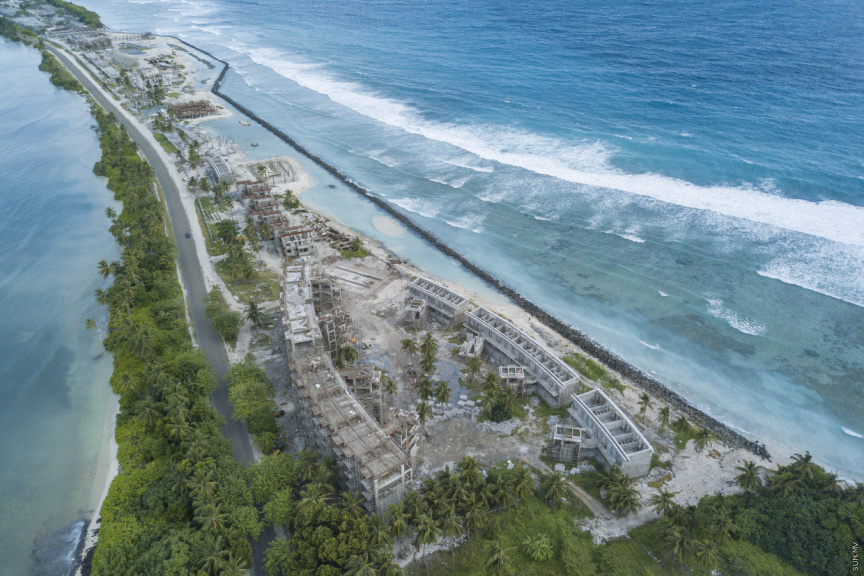 An aerial shot of the Police Training Academy to be established in Addu city with the help of India. (Sun Photo/Fayaz Moosa)

Speaker of the Parliament Mohamed Nasheed has said MDP will pledge to include a member of the city council on the board of the Police Training Academy to be established in Addu city with the help of India.

Nasheed said so at the workshop commenced in Addu city for the upcoming local council elections and stated that it had been misunderstood that the center to be established in Addu city was just a police academy. The center was previously called the “Police Academy” and the “Institute for security and Law Enforcement”.

The name has now been switched to “Institute of Law, Order, and Strategic Studies” and will include a council member on the board.

Home Minister Imran Abdulla has previously said in the parliament that the institute would be established to train police officers and bestow upon them the skills and experience. An MoU was signed with India to establish the institute in 2012 after years of discussions. The location for the institute was decided on November 18, 2014, and official work was commenced in December 2016. If there were no delays, the building would be completed in July of 2020.

A straining of relations between India and Maldives during the administration of President Yameen saw work on the institution halted, however, the work has now once again been recommenced.