TV presenter Shifaz under investigation for sexual abuse of a child 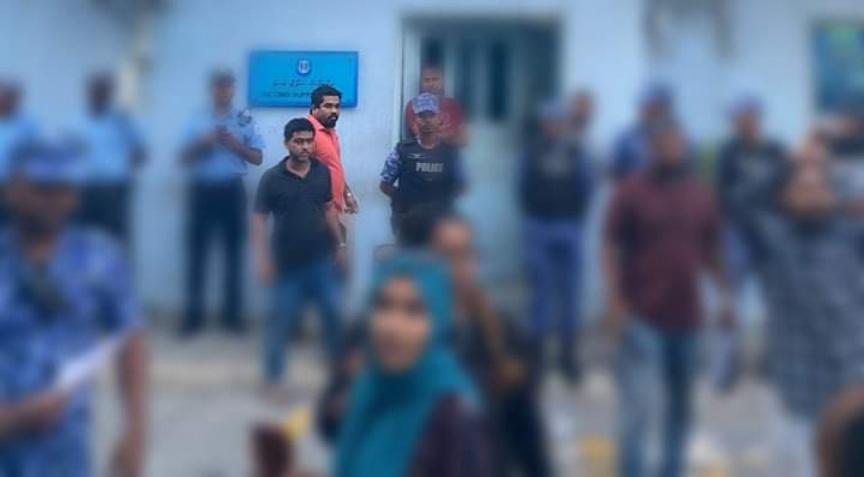 Maldives Police Service has launched a formal investigation against former Sangu TV presenter Ali Shifaz following the allegation he had subjected his sister-in-law to sexual abuse from 2011 onwards.

According to the victim, she had been 11 years old when the sexual abuse had started.

The police, on Wednesday, said that it had launched an investigation following a report of repeated sexual abuse of a girl, beginning from 2011, when she had been 11 years of age.

The police, while it did not identify Shifaz directly, confirmed the suspect was the victim’s brother-in-law.

The suspect was brought in for questioning by the Family and Child Protection Department in connection to the case on January 17, said the police.

Sun has been informed Shifaz had been taken in for questioning by the police on January 17 following a confrontation between him and the victim when he was seen in an anti-rape protest held in Male’ City on that day.

The victim has voiced distress over the lack of arrest made in the case, and accused her sister, Shifaz’s spouse, of lying to protect him.

Shifaz, who most know from his time as a presenter for SanguTV, is currently employed at Greater Male’ Industrial Zone (GMIZ) Limited – a State-run corporation.

“Where’s my justice? Is this what Zero Tolerance is?” questioned the victim on her Facebook.

Shifaz had also been a suspect in a previous sexual abuse case.