President: No government official should be allowed to influence the ACC 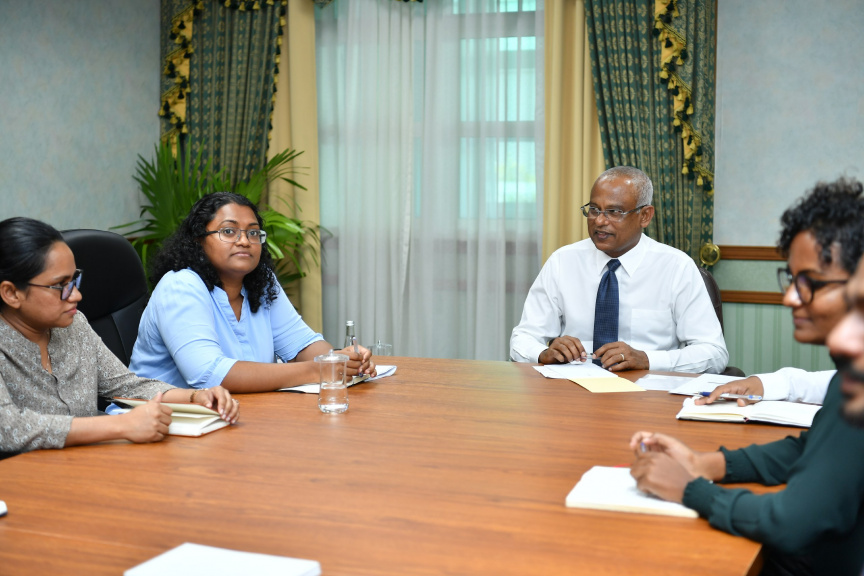 President Ibrahim Mohamed Solih, on Monday, said that no government official, including he himself, should be allowed to influence the Anti-Corruption Commission (ACC).

He made the remark during discussions with members of the ACC at the President’s Office.

The meeting between the President and the ACC followed remarks by President Ibrahim Mohamed Solih, who, during a campaign stop in H. Dh. Vaikaradhoo on Tuesday, January 14, voiced concern over lengthy ACC investigations on government projects and halt orders resulting in delays in execution of the government’s developmental plans.

ACC president Mariyam Shauna, when asked for a comment, told Sun on Thursday, January 16, that while she respected the President’s right to his personal opinions, the ACC did have credible reasons for ordering halts on certain projects for corruption probes. She said the ACC planned on discussing those reasons with the President’s Office to address any concern they may have regarding such decisions.

According to the President’s Office, the ACC, on Monday, shared information on cases under investigation, and explained the ACC’s investigative process, and how it reaches its decision to halt projects.

The ACC stressed that its work wasn’t just to investigate cases, but to serve as a deterrent to corruption through proactive action, and said it was currently engaged in discussions with government institutions to formulate preventive measures against corruption.

The President, meanwhile, thanked the ACC members for their contributions towards eliminating corruption within Maldives.

He said that no government official, including he himself, should be allowed to influence the ACC.

He reiterated his commitment to the “zero tolerance for corruption” policy, which he said was vital for good governance.

He also encouraged the ACC to take more preventive measures and create further awareness regarding corruption.