President: Elimination of economic disparity between Male’ and atolls vital for national development 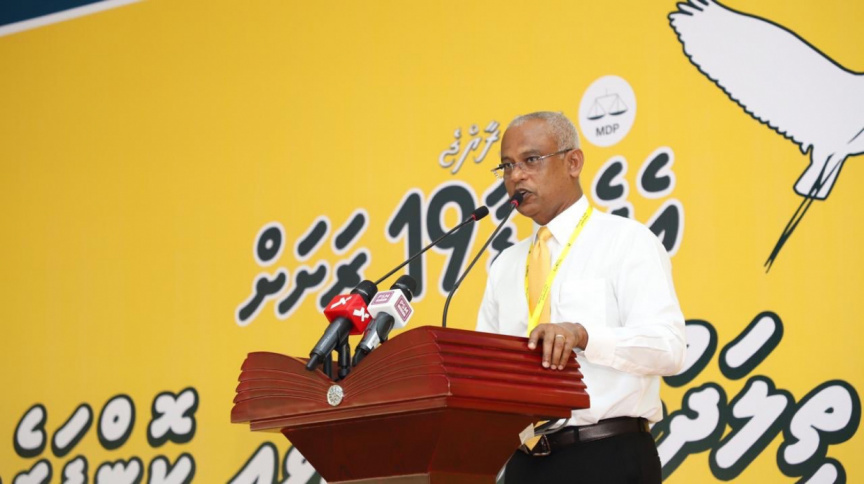 President Ibrahim Mohamed Solih, on Wednesday, said that it would be impossible to develop Maldives as a nation unless the economic disparity which existed between the capital Male’ City and the outer lying islands was eliminated.

He made the comment in his speech at the inauguration of Maldivian Democratic Party (MDP)’s Thiladhunmathi Iruvai Conference underway in H. Dh. Kulhudhuffushi.

The poverty line in Maldives is MVR 74 per day, but the minimum level of income was significantly different in the atolls compared to Male’, said the President.

The President said the percentage of people living below the poverty line in Male’ was 1.7 percent, while the figure was a higher 12.8 percent in the atolls.

“We are working on eliminating this disparity. We cannot bring national development to Maldives unless this disparity is eliminated,” said the President.

He said that developing just Male’ or the Greater Male’ Area neither constitute national development, and nor benefited the people living in the atolls in any way.

“Decentralization is an MDP policy. No doubt about it. This idea, this philosophy, didn’t come into being today,” he said.