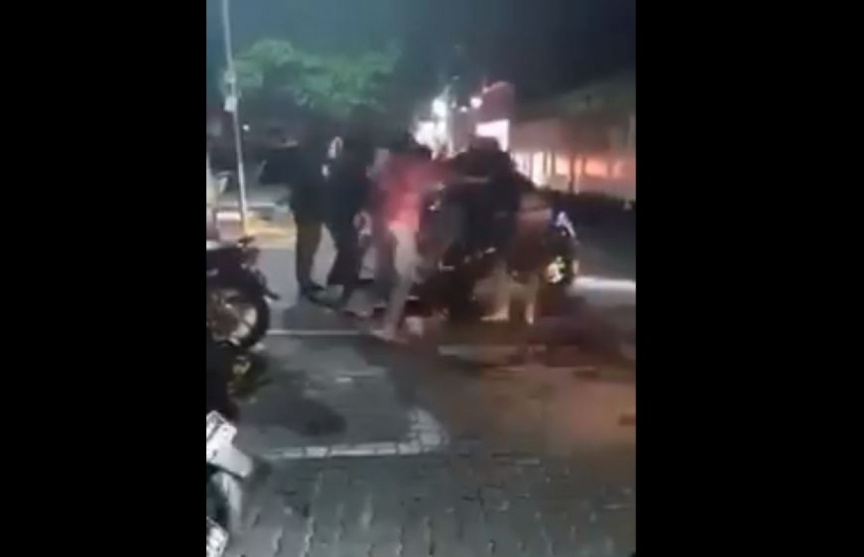 A screengrab of a video that shows a man being brutally attacked by a group 10 men in Male' city on January 10, 2020.

Police have begun an investigation after a video circulated on social media that showed a man being brutally attacked on a street in Male’ city.

The video, 49 seconds long, shows a man being attacked by a group who could be heard referring to a specific gang in the country to go live somewhere else. A youth who is seen sitting on the ground at first is then beaten up by a group of around ten men.

The man was also rammed by two people on a motorcycle before all of the men involved in the fight attack him at once. The group is then seen leaving the area after a police officer arrives.

Police stated that it was investigating reports of a violent confrontation that happened in front of Bank of Ceylon around 12:36 last night. Sources confirmed that Police are indeed investigating the attack that was captured on video.