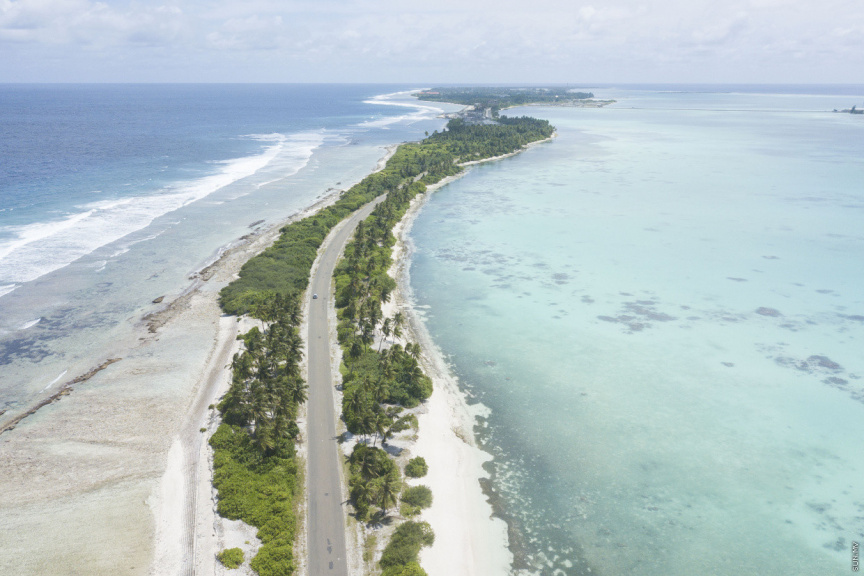 A performance review conducted by the Auditor General’s Office has revealed that there are serious issues with the Addu link road that connects most of the districts of the city with one another.  The review was conducted regarding the accidents that occurred on the road.

It revealed that the 16-kilometer long road which connects Addu city’s Gan, Feydhoo, Maradhoo-Feydhoo, Maradhoo, and Hithadhoo has a layer of tar that is barely one inch in thickness.

The Auditor General’s Office recommended to repair and renovate the road in order to put a stop to these accidents.

The review also recommended making road signs on the road more visible since some of the signboards on the side of the road are covered with vegetation and are difficult for drivers to see. The review then noted that most of the accidents occurred near bends on the road and the lack of signboards and speed bumps near bends and recommended to address these issues as well.. It also noted the negligence of drivers when driving on the road, overtaking other drivers or driving onto the road.

Another issue noted is that there are no separate lanes for motorcycles, cars, and pickups. The review also recommended pavements to be constructed for people who frequent the road for jogging.