''I am not talking about using chemical weapons to overthrow govt.'' 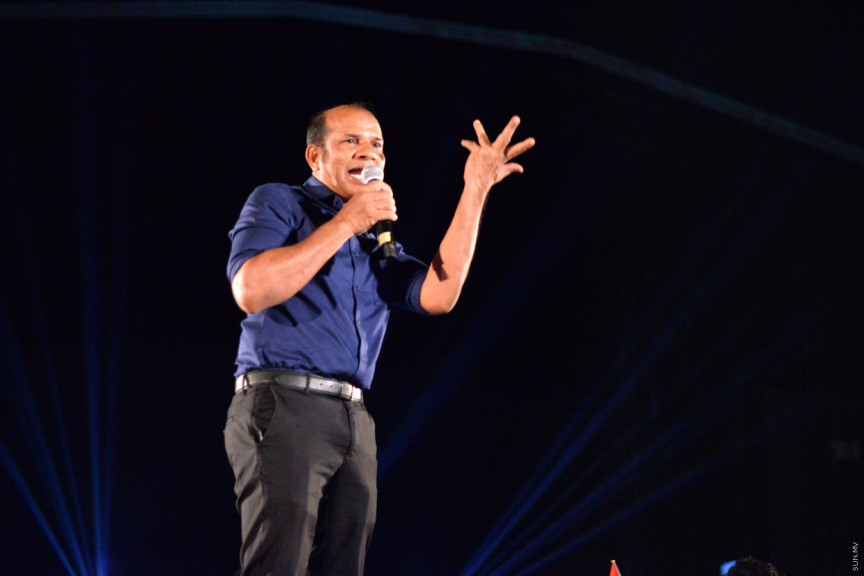 Former Dhidhdhoo MP Abdul Latheef Mohamed received a lot of criticism for saying that the government should be toppled by the citizens with the use of weapons in January 2020. (Sun Photo/Fayaz Moosa)

Former Dhidhdhoo MP Abdul Latheef Mohamed has responded to the criticism he received for saying that the government should be overthrown by the citizens with the use of weapons.

He said at an opposition rally that he would come out to hold the government responsible with sharpened weapons. He also said that he will not do anything else but just that through lawful means.

Latheef’s statements received a lot of criticism on social media with some branding his words as an act of terrorism. He responded to these criticisms last night by saying that those statements were made figuratively. He indicated to PPM and PNC supporters and called on them to fasten their seatbelts and unite against the government.

“Tomorrow night they might say that he has spoken about about seatbelts…what seatbelts? These are words used figuratively in the Dhivehi language. We should unite and fasten our seatbelts and come out (against the government).” said Latheef last night.

He once again reminded that he had called to oust the government in the legally prescribed manner and that weapons as a word were used figuratively and not to mean chemical weapons.

“We should bring the government to their size through legal means. I am not afraid to do that,” said Latheef.

Latheef is a staunch critic of the current administration and has previously said that he would not hesitate to get hurt in efforts to topple the government.