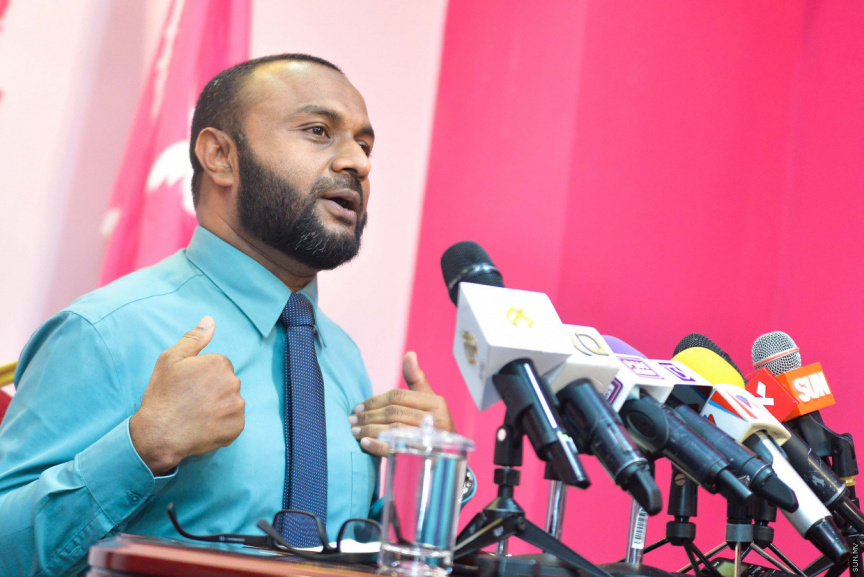 Former Islamic Minister Dr. Mohamed Shaheem Ali Saeed has called on authorities to conduct a criminal investigation into the Presidential Commission on Deaths and Disappearances (DDCOM) for publishing reports before concluding its investigations.

“Attempts to shift the blame in the murder of Afrasheem is to hide the real murderers.” read a tweet by Dr. Shaheem.

The DDCOM sent the cases of former MP Dr. Afrasheem Ali, blogger Yaamin Rasheed and Journalist Ahmed Rilwan Abdulla to the Prosecutor General’s Office in early December. The DDCOM requested two men named as Mohamed Mazeed and Saamith Mohamed to be charged for the murders. However, the PG Office requested the DDCOM to resend the cases after completing its investigations.

“Legal action is warranted for publishing the report without completing the investigation.” read a tweet by Dr. Shaheem.

Dr. Afrasheem was assaulted at different locations in Male’ city, including mosques, ahead of his murder on October 1, 2012, at the stairwell of his residence just as he returned home after appearing on a TV show.

DDCOM’s findings showed that a jihadist group run by Mohamed Mazeed Dhafthar 471 and Saamith Mohamed from Athireege, Th. Omadhoo to be responsible for Dr. Afrasheem’s murder. Azlif Rauf from H. Hilton led the group of people who actively participated in the murder.

DDCOM’s investigative report on Dr. Afrasheem’s murder included text messages exchanged between Dr. Shaheem and Dr. Afrasheem before the murder of the latter.

DDCOM noted in its report that Dr. Shaheem had begged ignorance of the party which sent the message when questioned by the commission.