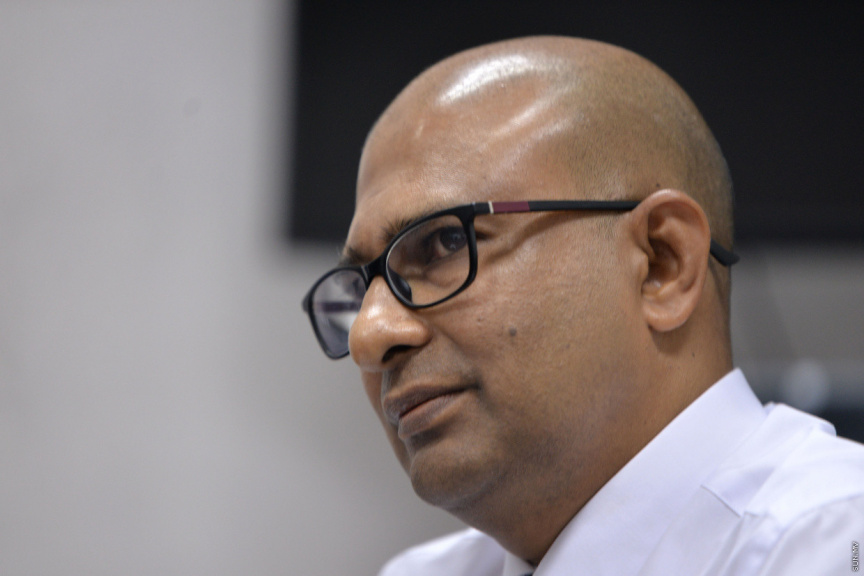 Commissioner of Prisons Abdulla Munaz speaking at a news conference on January 8, 2020. The commissioner stated during the conference that an inmate was released after a corrections officer intentionally falsified a document. (Sun Photo/Fayaz Moosa)

Commissioner of Prisons Abdulla Munaz has stated that an inmate was released after a corrections officer intentionally falsified a document.

A request was filed with Anti-Corruption Commission (ACC) for an investigation into Munaz over the allegations that he had authorized the release of an inmate by citing the reference number of a letter for presidential pardon awarded to another inmate.

Munaz was accused of knowingly authorizing the release of an inmate, Mausoon Moosa (Edhee Villa, L. Gan) by citing the reference number of a letter of presidential pardon awarded to another inmate which had been sent by the President’s Office to Maldives Correctional Service.

In a news conference today, Munaz responded to a question from a reporter regarding the case and stated that he had no hand in the matter and the document was falsified by a corrections officer.

The situation was only realized after the prisoner had been released, after which the officer who falsified the document was suspended and the matter was submitted to Police. The released inmate had also been returned to prison.

Munaz stated that he remained in his post because he had no part in the scandal and that Police had questioned everyone involved in the case.

“I am giving you the guarantee that I will not be corrupted. I am not a person who will pursue undue means to obtain money. “said Munaz.