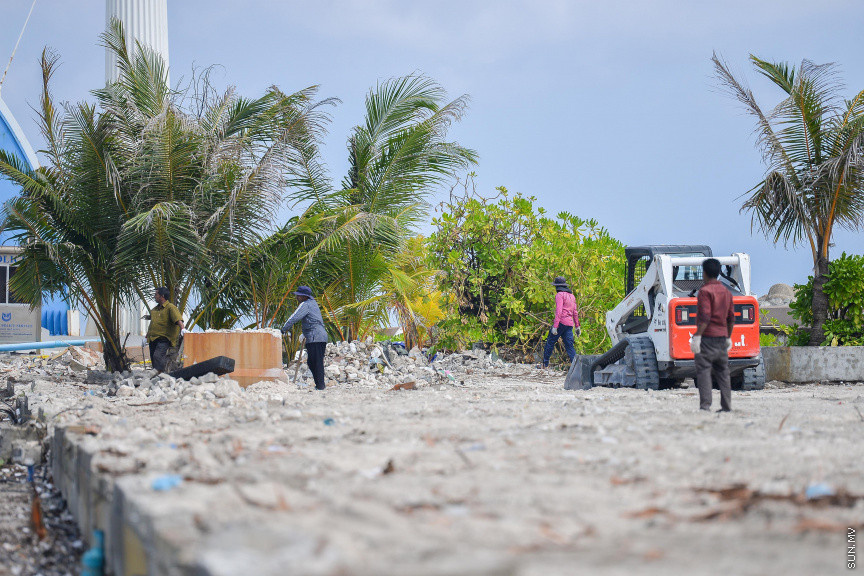 Photo shows the Usfasgandu area in Male' city. Planning Ministry stated that the area in the southeastern side of Male’ city will be developed as a public space on January 7, 2020. (Sun Photo/Fayaz Moosa)

The Usfasgandu area in the southeastern side of Male’ city will be developed as a public space, according to the Planning Ministry.

The area had been previously used by "Gaadiyaa" vendors and was frequented by families and their children as it was one of the few public spaces in the crowded capital.

However, the area was used by the government to base the company behind the construction of the Sinamale’ bridge and housed the accommodation of staff and the offices of the China Communications construction Company (CCCC) that constructed the bridge.

After more than a year since the project was completed CCCC has begun vacating the premises and the Planning Ministry stated that the area will once again become a public space the way it was before.

“The are will be used for recreational purposes. It will be developed as a peaceful location for the public. Work is currently being carried out to empty and clean the area. When that is done, we will begin developing the location according to the plans.” said a Planning Ministry official.

The area was also used for political activities previously. Most notably, by MDP who camped in the area after the February 7, 2012 unrests.