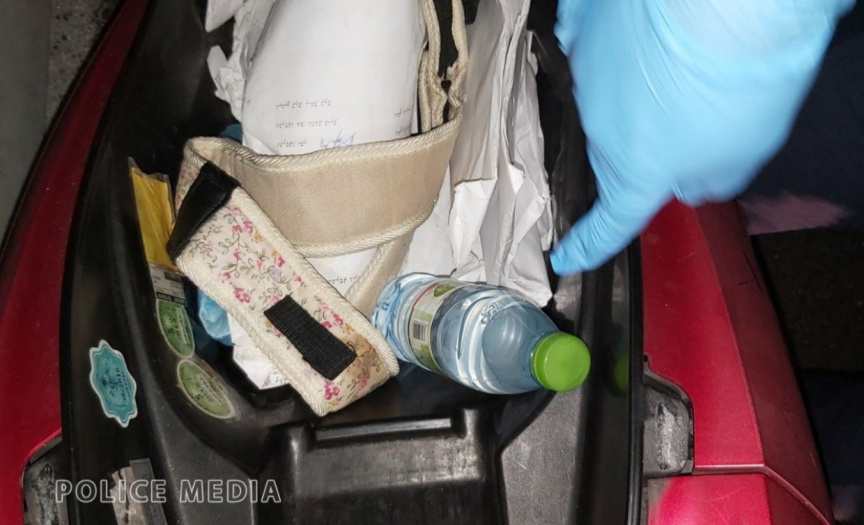 The police, on Friday night, seized a bottle on alcohol from a motorcyclist over the Sinamale’ Bridge.

According to the police, its officers stopped and searched the motorcycle after it ran a red light and sped to Hulhule’.

The alcohol was found in the top-box of the motorcycle.

The police report it has taken action against the driver of the vehicle for unlicensed driving and has made “one arrest for possession of alcohol.”

The case is under further investigation.

The police have recently seized large quantities of alcohol and drugs in nation-wide anti-narcotics operations.