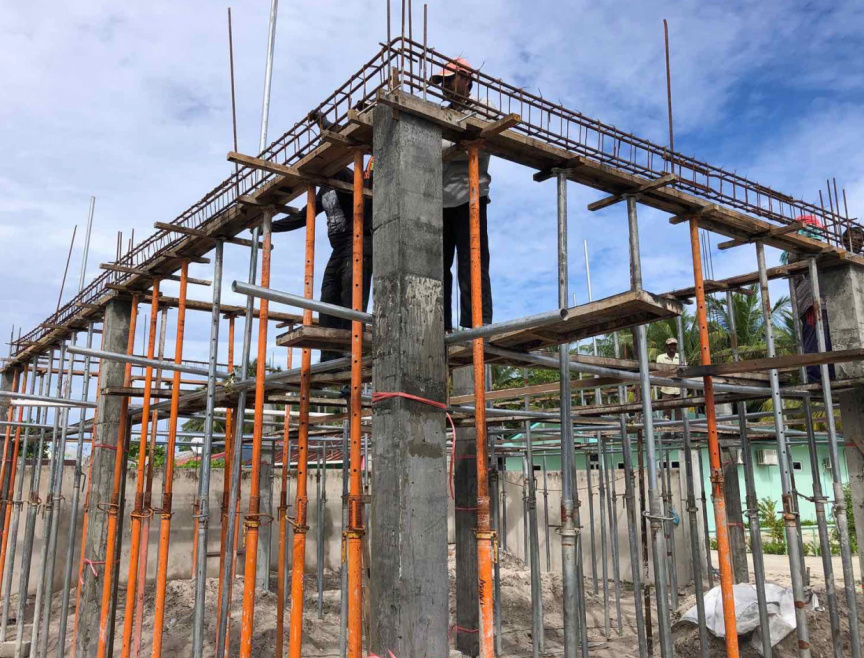 Construction work underway at the powerhouse being built in Dh. Hulhudheli. Fenaka Corporation informed that 25 percent of the work on the powerhouse was complete on January 2, 2020 and is expected to be complete in 2020. (Photo/Fenaka)

Fenaka corporation has stated that 30 powerhouses will be established in different islands across the country in 2020.

The company also announced that some of the work under its initiative to move powerhouses away from suburban areas in some islands were also complete. These islands include H.A. Thakandhoo, Th. Omadhoo, Sh. Lhaimagu. Around 99 percent of the work in these islands was completed.

New powerhouses to be established by Fenaka and the progress of these projects:

Official work has not yet begun on the powerhouses to be established in G. Dh. Nadellaa, G. Dh. Thinadhoo, Sh. Foakaidhoo, N. Miladhoo, Sh. Bilehfahi and N. Kendhikulhudhoo, despite agreements for the projects being signed.

Fenaka corporation will also work to establish a central power plant in Addu city as well as to relocate the powerhouses in G. A Villingili, R. Rasmaadhoo, and H.A. Utheemu. These are some of the work that Fenaka intends to carry out this year.

Modern offices, fuel storage, and chimneys will also be built in every new powerhouse that the company is constructing.

The new powerhouses are designed in line with the regulations of the Maldives Energy Authority and will emit fewer noise thanks to new technology such as Sound Attenuators. The chimneys will also restrict the effects of smoke pollution on islands, according to Fenaka.