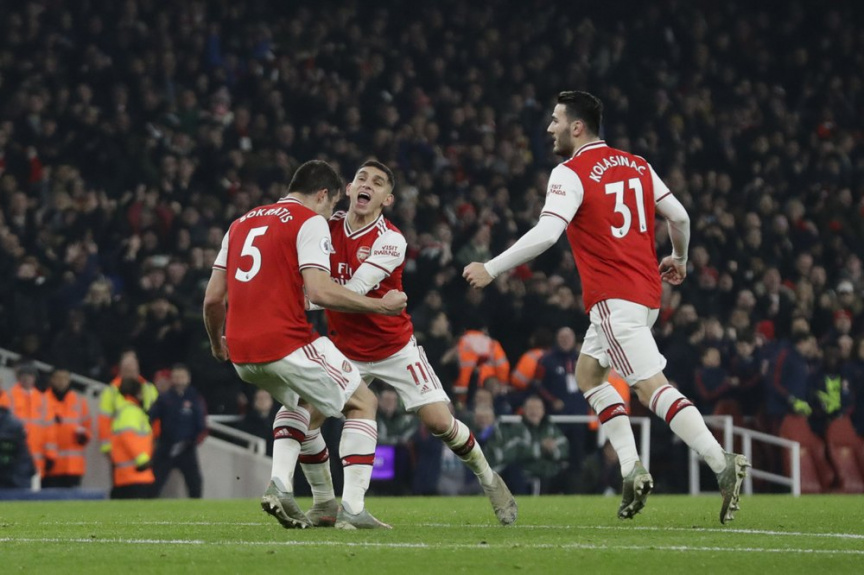 Pépé swept in the opener in the eighth minute and Sokratis grabbed the second in the 42nd after United goalkeeper David De Gea parried Alexandre Lacazette’s header.

After collecting one point from his first two games since replacing Unai Emery, Arteta secured Arsenal’s first win at home in the league in three months.

While Arsenal climbed to 10th in the standings, United missed a chance to close in on the Champions League places. Ole Gunnar Solskjaer’s side instead fell five points behind Chelsea after the fourth-place club was held to a draw by Brighton.