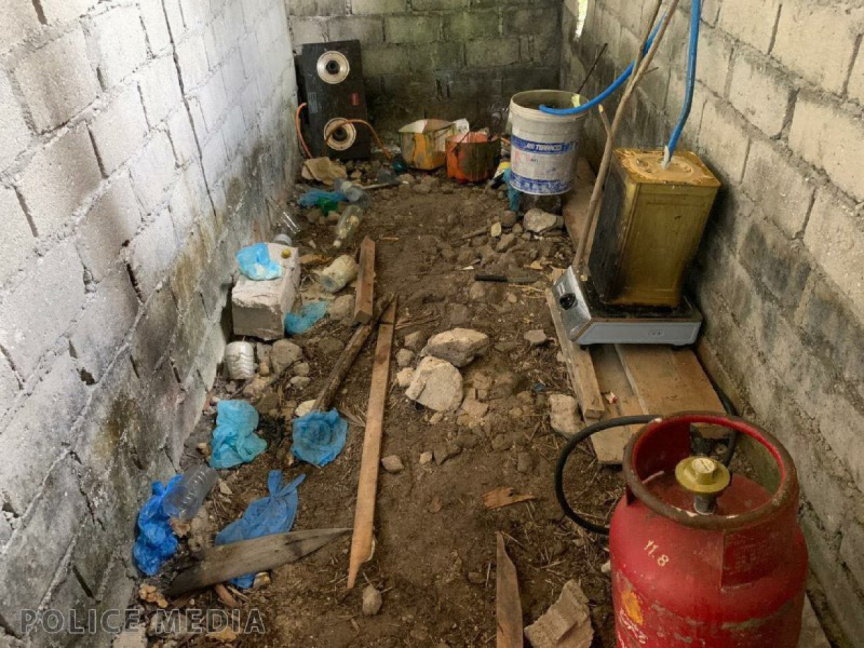 An abandoned house in Hithadhoo, Addu City, discovered by the police to be used to produce and store alcohol. (Photo/Maldives Police Service)

Maldives Police Service seized large quantities of alcohol in the nation-wide special operation it launched in response to reports of criminal activities planned in the midst of New Year celebrations.

The Addu City Police raided three locations used to produce and store alcohol. One of the places was an abandoned house, while the others were located in the Hithadhoo forest. The police seized 11 liters of alcohol in the raids.

The police also arrested 13 people for rowdy and nuisance behavior, and two more for vandalizing a shop in Hithadhoo.

The police provided assurance the Addu City remains secure and peaceful despite the isolated incidents.

The K. Maafushi Police seized four packets of alcohol in a raid on a private residence in the island.

One underage girl and three adult males were arrested by the L. Gan Police for alcohol consumption on New Year’s Eve.

The Male’ Police seized two cans of beer, one bottle of hard liquor, two pieces of hash oil, and five more rubber packets of suspect drugs in a raid on a private residence in the capital on New Year’s Eve. The police report a backpack containing alcohol bottles was thrown out the balcony and into the street when the police had attempted to enter the residence.