Alcohol bottles smashed onto the streets of Male' city 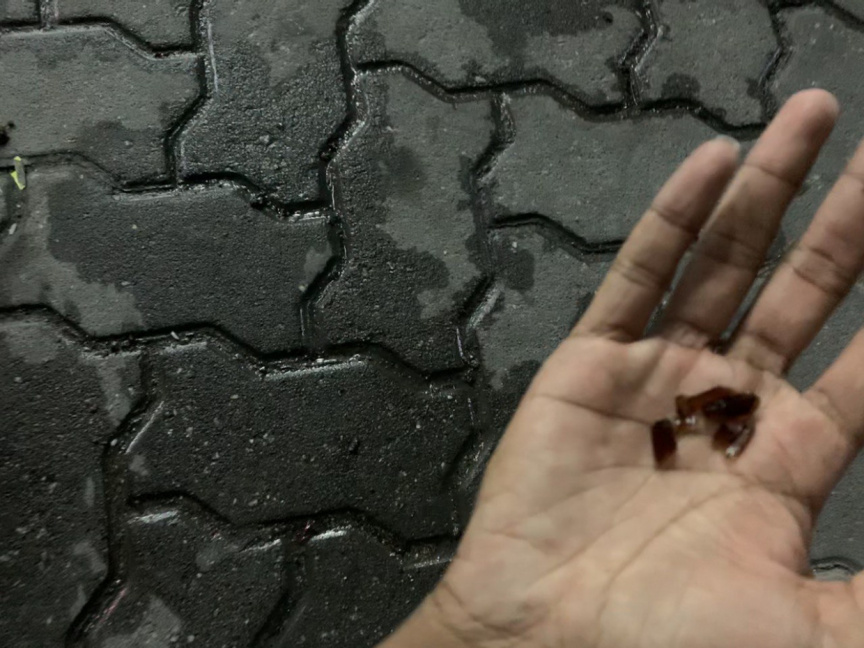 Shards of glass found on a street in Male' city after a man reportedly threw a backpack containing alcohol bottles from a balcony of a house amidst a police raid on New Year's Eve of 2019. The bottles were smashed onto the street near M. Fehi Vinage. (Sun Photo)

Bottles containing alcohol were smashed onto the streets of Male’ city last night by a man during a raid by Police.

The bottles were thrown to the street from a balcony when the officers from the Drug Enforcement Department (DED) of Police under a court order entered a residence in Maafannu district around 19:22 last night.

Witnesses stated that Police raided M. Fehi Vinage and a bag containing the bottles were thrown to the street when Police entered the residence. The bottles smashed onto the road upon impact.

Journalists of “Sun” that visited the scene last night reported that there were some signs of the alcohol bottles. The area had been cleaned but a few shards of glass were still visible on the ground. Police confirmed that four were arrested in the operation.

“Upon a search of the residence, two cans of beer, one bottle of alcohol, rubber packets, and items suspected as drugs were discovered,” said Police, who are further investigating the matter.

Police are conducting a special operation against drugs and alcohol to prevent the commission of different crimes on the occasion of New Year's Eve.