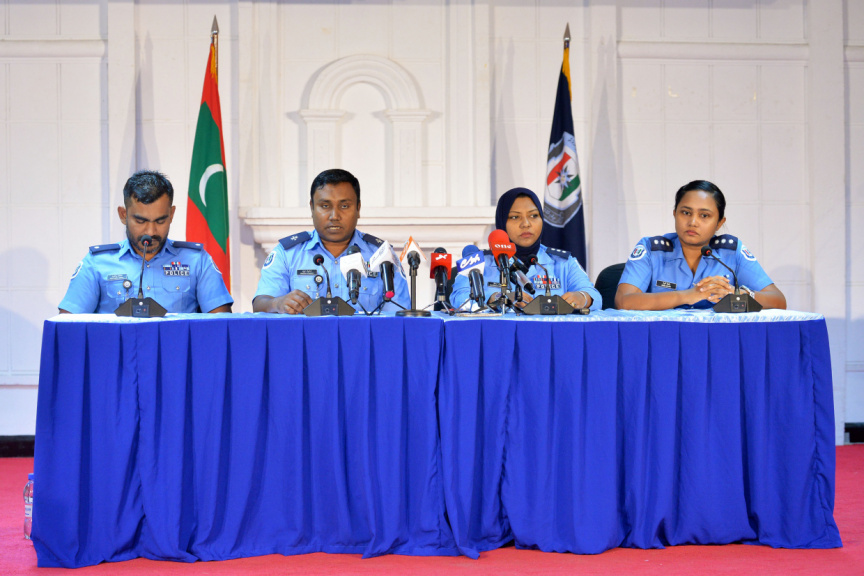 Maldives Police Service warns it has been tipped-off regarding multiple plans to carry out illegal activities in the midst of New Year celebrations.

It issued the warning in a press conference this Tuesday.

Superintendent of Police, Hussain Sameer said the police had raised their level of alertness in response to the information.

“This service has received information regarding plans to carry out illegal acts in the middle of some of the events being organized by residents of Male’, Hulhumale’ and Vilimale’ to celebrate the New Year,” said Sameer.

He said the police had been running an operation codenamed Operation Riveli to ascertain the safety of residents of Male’ and suburban Hulhumale’, along with visitors, since December 22.

908 people and 6,867 vehicles have been checked as part of the operation, said Sameer.

The police have increased the number of officers on patrol, changed their pattern, and have flagged certain locations which are being given a closer watch, said Sameer.

Kulhudhuffushi declared as the fourth city of Maldives