1 arrested from Maafushi with 210 cans of beer, 42 bottles of hard liquor 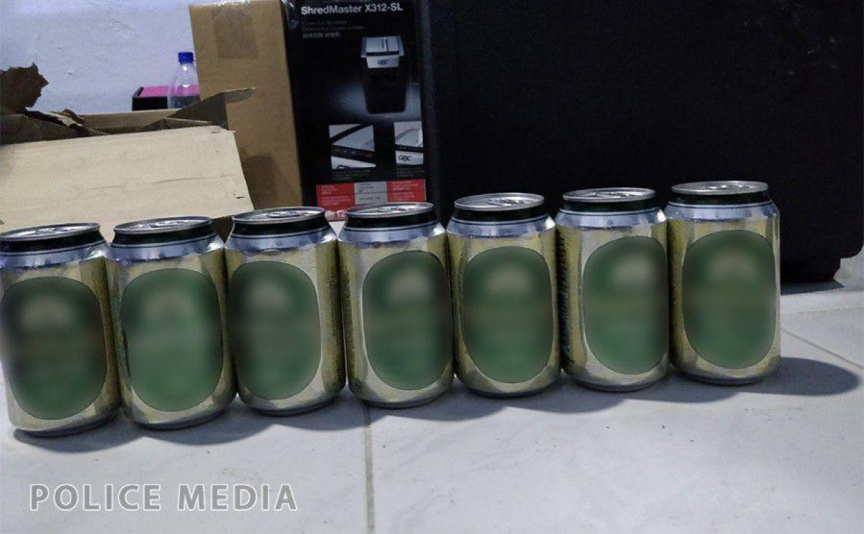 Beer seized by the K. Maafushi Police Station in a raid on December 28, 2019. (Photo/Police)

A Bangladeshi national has been arrested from K. Maafushi with large quantities of alcohol.

The police report the man, a 24-year-old Bangladeshi national, had caught the attention of patrolling policemen at the jetty area due to his suspicious behavior.

He was stopped and searched at approximately 7:20 pm on Saturday, and was discovered to be carrying four cans of beer.

He was placed under arrest and interrogated by the police.

The police, based on information retrieved during the interrogation, carried out a raid on his residence at approximately 9:35 pm, and found 42 bottles of hard liquor and 203 cans of beer.