Imran: Maldives needs to overcome both extremism and blasphemy to attain stability 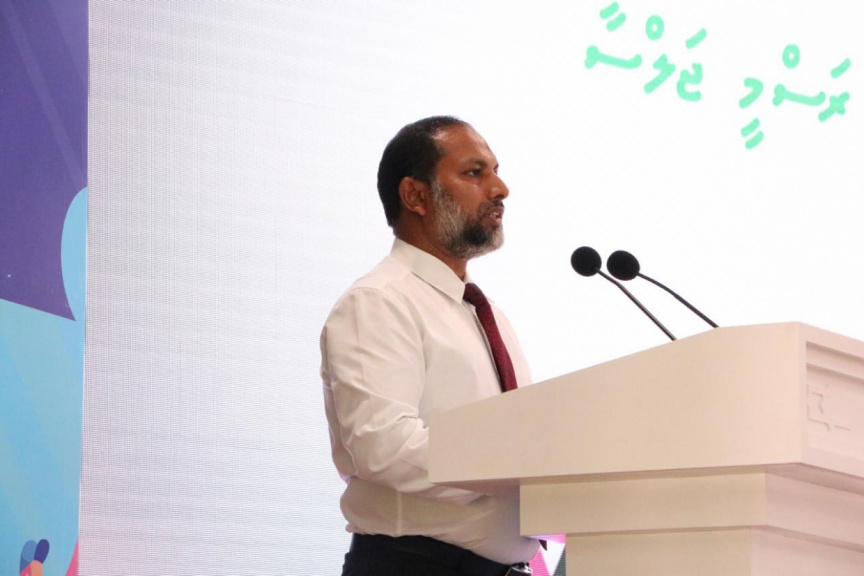 Speaking at the reception held at Th. Vilufushi to mark the National Day of Solidarity this Thursday, Imran said that the turn of the century had presented the Maldivian community with several issues which had become particularly challenging to overcome.

“While Maldives has managed to rise up from the destruction of the tsunami, the nation continues to face challenges which have proved particularly difficult to overcome,” said Imran.

He warned that a group of Maldivians, though few in number, had fallen victim to islamophobia and were actively engaged in mocking the Islamic faith and the teachings of Prophet Mohamed. He stressed on the need to put a united front in countering the spread of islamophobia and protecting the religious unity in Maldives.

“And at the same time, the people also need to be saved from falling victim to extremist ideologies being spread in the name of Islam, which is heading towards destruction of lives and properties, the spread of fear within the community, and dangerous attacks,” said Imran.

He warned that the Maldivian people were at risk of being denied prosperity until they were saved from such social evils.

He said that the Maldivian government had acknowledged religious extremism and acts of blasphemy, as well as drug abuse as social evils, which, if not countered, would deny the Maldivian people development and prosperity.

Imran said the Maldivian government had launched a national campaign to counter those social evils.

He said that the campaign was being run to protect the interests of the Maldivian people and the future of the nation, and asked for support and cooperation.

“The people need to unite and promote solidarity to overcome any and every national tragedy. Everyone needs to come together for a common purpose and work together as one,” said Imran.